Tipster Mukul Sharma tweeted an image that appears to have been ripped off from an e-commerce site. The image touts the upcoming Asus ROG Phone 5s as the “new 5G gaming phone for 2021”. The design of the phone cannot be seen in the photo. The image shows the main specs of the phone, including an OLED display with a 144Hz refresh rate. The phone is expected to be powered by the Qualcomm Snapdragon 888 Plus SoC. Asus ROG Phone 5s is said to come in two storage configurations: 16 GB + 256 GB storage and 18 GB + 512 GB storage. The handset packs a 6000 mAh battery with support for 65W fast charging.

Other details of the Asus ROG Phone 5s are yet to be announced, but there is speculation that there will be a minor upgrade in specs compared to the Asus ROG Phone 5. The design of the upcoming phone is expected to be largely similar to the vanilla model launched earlier this year. Asus has not yet made an official announcement about the launch of the ROG Phone 5s.

Could Nothing Ear 1 – the first product of OnePlus co-founder Carl Pei’s new outfit – be an AirPods killer? We covered this and more on Orbital, the Gadgets 360 podcast. Orbital is available on Apple Podcasts, Google Podcasts, Spotify, Amazon Music and wherever you get your podcasts from.

Tasneem Akolawala is a Senior Reporter for Gadgets 360. Her reporting expertise spans smartphones, wearables, apps, social media and the general tech industry. She reports from Mumbai and also writes about the ups and downs in the Indian telecom sector. Tasneem can be reached on Twitter at @MuteRiot, and leads, tips and releases can be sent to [email protected] Lake 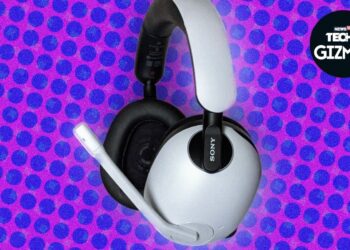