Won’t relinquish “not even an inch” of land: Eknath Shinde on state border row 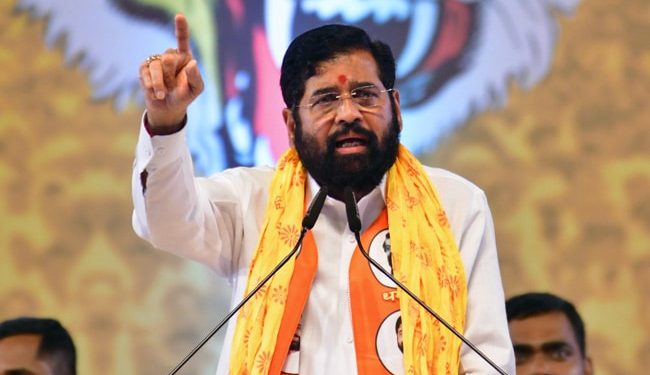 Ajit Pawar also requested the intervention of the Center in this matter.

Amid the ongoing controversy over the border dispute between Maharashtra and Karnataka, Prime Minister Eknath Shinde claimed on Thursday that his government will not let anyone go even an inch from Maharashtra’s land.

Speaking to reporters on Thursday, Eknath Shinde said, “We are doing the work to give justice to the Marathi people in the border areas. Not even an inch of space in Maharashtra is allowed to go anywhere.”

“It is our government’s responsibility to solve the problems of 40 villages,” he added.

“The chief minister of Karnataka gives his statement on border issues. It seems that Karnataka CM Bommai is possessed because he suddenly made a claim on 40 villages in Maharashtra?” said Uddhav Thackeray.

Ajit Pawar also requested the intervention of the Center in this matter.

This comes after Mr Bommai indulged in a war of words with Fadnavis over the border issue between the two states and called the Maharashtra Deputy Chief Minister’s comments “provocative”.

“Deputy Chief Minister of Maharashtra, Devendra Fadnavis, has made a provocative statement on the border issue with Karnataka Maharashtra and his dream will never come true. Our government is committed to protecting the country’s land, water and borders,” tweeted Bombay Wednesday night.

Mr. Fadnavis had said that no village in Maharashtra would go to Karnataka.

“No village in Maharashtra will go to Karnataka! The state government will vigorously fight in the Supreme Court to get Marathi speaking villages including Belgaum-Karwar-Nipani,” he had tweeted.

Mr. Pawar also made an ironic remark that now only Mumbai remains to be demanded.

Karnataka CM Bommai had previously said that the border dispute has become a political tool in Maharashtra, and that any party in power will raise the issue for political purposes. “My government is able to protect Karnataka’s borders and has also taken steps,” Bommai had said.

The war of words broke out after Bommai claimed that some villages in the Sangli district of Maharashtra, which are experiencing a water crisis, passed a resolution seeking a merger with Karnataka.

However, the Deputy Chief Minister of Maharashtra denied the allegations and said no village has recently pursued a merger with Karnataka.

“Iran not getting brutal, panel set up to investigate death of protesters”: Iranian minister to NewsMadura

Artemis I could be the last mission for NASA astronauts. This is why