“Won’t cooperate”: Israel explodes US investigation into death of an Al Jazeera journalist 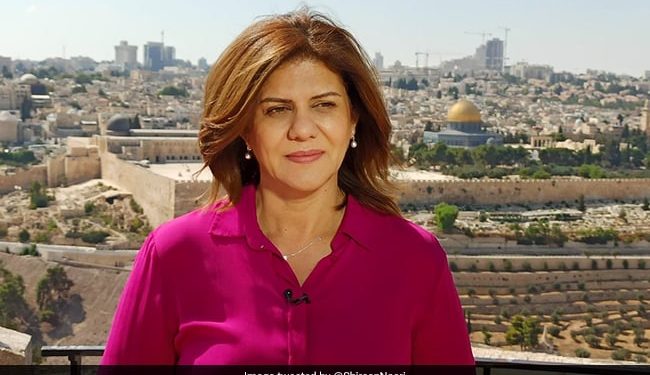 Israel said it will not cooperate with an outside investigation into the death of Al Jazeera Journalist.

Israeli Defense Minister Benny Gantz said on Monday he would not cooperate with a US investigation into the shooting death of a Palestinian-American journalist, likely at the hands of an Israeli soldier.

Politico reported that the US Federal Bureau of Investigation was investigating the May 11 killing of Shireen Abu Akleh in an Israeli army operation, an extraordinary move after the army refused to prosecute the soldier who may have shot her.

The FBI declined to confirm or deny the investigation.

But Gantz said the Israeli Defense Forces (IDF) would not cooperate.

“The decision of the US Justice Department to open an investigation into the tragic death of Shireen Abu Akleh is a mistake,” he wrote in a tweet.

Israeli forces had conducted a “professional, independent investigation” and shared the details with US officials, he said.

The veteran Al Jazeera reporter was wearing a body armor marked “Press” and a helmet when she was shot in the head during the army operation in the Jenin refugee camp, in the Israeli-occupied West Bank.

The Israeli army admitted on September 5 that one of its soldiers probably shot Abu Akleh after mistaking her for a militant.

State Department spokesman Ned Price said at the time that “accountability in this case” was needed to prevent similar incidents in the future.

“I will not allow an IDF soldier who protected himself from terrorist fire to be prosecuted just to gain applause from abroad,” Lapid said at a military ceremony.

Last week, Abu Akleh’s family and colleagues told UN investigators she had been deliberately targeted as part of Israel’s “full-scale war” against Palestinian media workers, calling for accountability and justice.

Will the 2002 riots crop up in Gujarat polls?

Two explosives with timers found in backpack in Jammu: Police

Two explosives with timers found in backpack in Jammu: Police