With Biden turning 80 tomorrow, a new age record in the president’s office 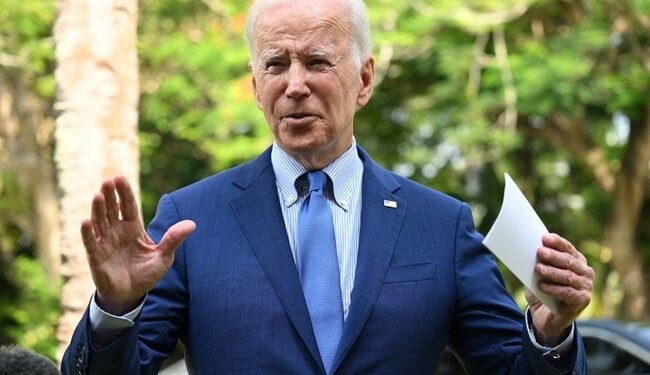 Never before has a sitting US president seen 80 candles on a birthday cake — and the milestone Joe Biden hits on Sunday has undeniable implications as he reflects on running again in 2024.

The White House has not yet revealed any party plans, focusing instead on preparations for Biden’s granddaughter’s wedding on Saturday.

And brushing aside questions about whether he should seek re-election that would see him in power until age 86, he replied with two words: “Look at me.”

‘Fit for the service’

A year ago, after an extensive medical checkup, doctors said Biden had only a few minor ailments and concluded he was “fit for duty.”

The slim president neither smokes nor drinks, remains physically active and has had no major health problems since undergoing surgery in 1988 for two life-threatening brain aneurysms.

In fact, a study published in 2020 by the University of Illinois ranks him among the “super agers” – people who live longer than average for socioeconomic, lifestyle and genetic reasons.

The researchers gave him a theoretical life expectancy of nearly 97 years.

But the fact remains that Biden now looks his age: his hair is thinner and his gait stiffer.

He retires to his childhood home in Delaware almost every weekend. In some group shots with fellow world leaders, such as French President Emmanuel Macron or Canadian Prime Minister Justin Trudeau, the aging US president looks like a patriarch.

The medical reality is not in Biden’s favor — as the years go by, the risk of cognitive decline, illness or the consequences of even minor accidents increases.

Biden’s moments of confusion are more common, as are his verbal stumbles. Republicans make fun of it with ridiculous memes and tweets.

A few weeks ago, while addressing an audience, Biden sought out a dead congressman as if she were in the room and asked, “Where’s Jackie?”

History suggests that a sitting U.S. president who finishes the first term will run for office again.

An example is Ronald Reagan, who was re-elected in 1984 at the age of 73, despite debates about his age.

When a president seeks reelection, “it saves the party from a costly and divisive party election,” allowing it to focus its resources on the general election, said Rachel Bitecofer, a Democratic strategist.

Still, a clear majority of Americans in polls reject the idea of ​​a second Biden term.

A grassroots Democratic group, RootsAction, has launched a “Don’t run Joe” campaign arguing that “he is not automatically entitled to re-nomination.”

One of the open questions is whether a president born during World War II will be able to mobilize young voters in 2024, even if his policies have been beneficial to them on issues such as marijuana decriminalization and student loan forgiveness.

But if not Biden, then who?

Vice President Kamala Harris is unpopular, and other prominent Democrats, such as Secretary of Transportation Pete Buttigieg, may be considered too green.

“If there’s a sitting president being challenged, it’s usually some kind of funeral pyre…someone who really wants to push hard,” said Robert Rowland, a political communications expert at the University of Kansas.

“The most obvious person to do that is Bernie Sanders, but (at age 81) he is older than Biden.”

Drishyam 2 review: We wish it was as good as Drishyam

“Neither publicity nor a stunt”: Bureaucrat fired from Gujarat Poll Duty

International Men’s Day 2022: Here’s Why This Day Is Celebrated

International Men's Day 2022: Here's Why This Day Is Celebrated