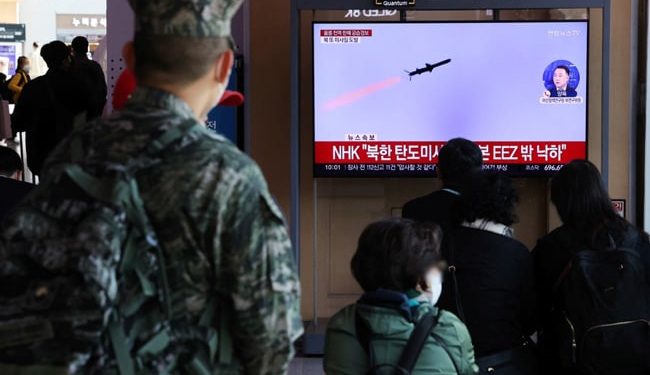 South Korea said the exercise showed it would “react sternly to any provocation”.

The South Korean military said on Wednesday it had fired three precision air-to-surface missiles near the sea border where a North Korean ballistic missile had landed earlier in the day.

The missiles were fired into waters “near the Northern Limit Line at a distance corresponding to the area where the North Korean missile hit,” it said in a statement, adding that Seoul would “react sternly to any provocation.” .

The military said it was the “first time since the peninsula was divided” at the end of the Korean War in 1953 that a North Korean missile had landed so close to the South’s territorial waters.

“President Yoo pointed out today that North Korea’s provocation is an effective territorial invasion of a missile that crossed the Northern Limit Line for the first time since the division,” his office said in a statement.

The military released a statement describing the missile launch near South Korean territorial waters as “very rare and unbearable”.

Video: Man waits for missing couple in hospital to recover for PM