“Where Our Kids Can Light Diyas”: The Diwali Wishes of Rishi Sunak from Downing Street 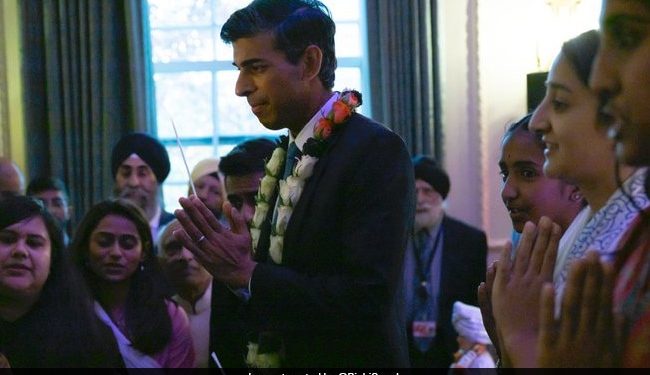 While expanding Diwali’s wishes, Mr. Sunak also pledged to build a Britain where “our children and grandchildren can light their lights”. Diyas“.

“Brilliant to attend the Diwali reception at No 10 tonight. In this work I will do everything I can to build a Britain where our children and our grandchildren can light their Diyas and look to the future with hope. Happy #Diwali everyone!,” he tweeted, sharing a photo of himself at the reception.

The 42-year-old devout Hindu formally took charge as Britain’s prime minister after an audience with King Charles III on Tuesday, a day after he was elected the new leader of the Conservative Party in a landmark leadership round.

The investment banker turned politician is the youngest British Prime Minister in 210 years.