“We See You”: Ukraine publishes video of its soldiers killing 5 Russian troops 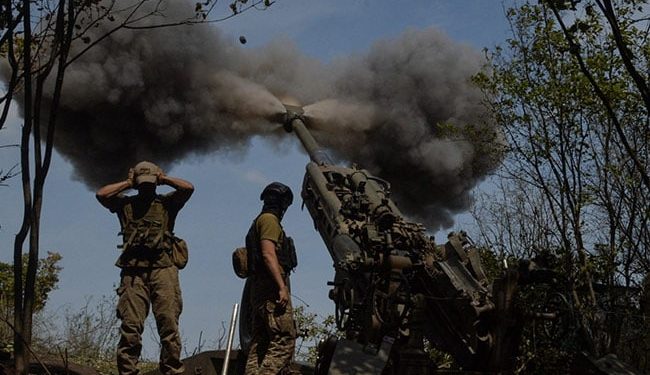 It has been about 10 months since Russia invaded Ukraine and the conflict continues. In a recent development, the Russian army suffered a major defeat in southern Ukraine and withdrew completely from the western Kherson region. However, fighting continues in Donetsk as Russian President Vladimir Putin’s army attempts to advance on Bakhmut.

Now, an extraordinary footage released by the Ukrainian Defense Ministry claims to show five Russian soldiers killed by the Ukrainian army in a border area. The Russians were trying to cross the border into Ukraine when they were knocked out one by one. The troops, appearing to be distant blobs, try to run but are shot down.

The one-minute, two-second video is captioned: “We see you Russians. Even in the dark. You won’t know peace until you leave Ukraine.”

We see you, Russians.
Even in the dark.
You will not know peace until you leave Ukraine. pic.twitter.com/LolTuBO4AN

New Russian attacks hit cities across Ukraine today, according to Ukrainian officials quoted by AFP news agency. It is also said that this series of attacks has crippled Ukraine’s energy infrastructure. Kiev regional officials announced today: “Two cruise missiles have been shot down over Kiev. Information about any casualties and damage is being clarified.”

Furthermore, the central city of Dnipro and the Black Sea Hub in Odessa have also reported Russian attacks.

Jamia Masjid in Drass of Kargil damaged by huge fire