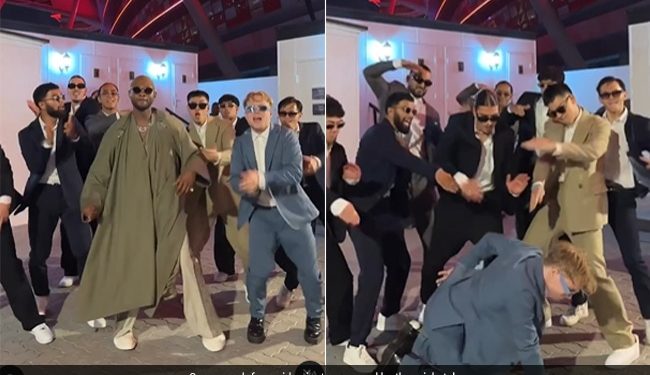 Norwegian dance group The Quick Style has dominated social media for quite some time now. The dance crew became an overnight sensation after they dug into Badshah’s ‘Kala Chashma’ from the movie ‘Baar Baar Dekho’. Now, the group has once again wowed social media users with their dance moves to the same Bollywood song, but with a twist.

On Instagram, the group shared a video with American singer Usher. The clip opened to show one of the crew members starting the dance in their signature style and others soon joining in. Moments later, as the song changes during their performance, Usher is seen walking into the room to join the dance. group.

The Quick Style shared the clip just a day ago and it has since garnered more than three million views and more than 321,000 likes. Internet users flooded the comments section with fire and clapping emojis.

While one user wrote, “Omg when the usher does the same steps, he looks so different and cool! Uufff! The usher’s effects hit different,” another commented, “Reached Top Level.”

Meanwhile, last month, the dance crew left the internet stunned with the performance on ‘Ek Ladki Ko Dekha’, with Bollywood star Anil Kapoor. “Always listen to the seasoned,” the group captioned the post. In the clip, Anil Kapoor was spotted sitting in a corner instructing the boys to turn around. The video garnered more than three million views and nearly 400,000 likes.

Rumors in the Tamil Nadu Congress, Head of State dismisses it as an internal matter