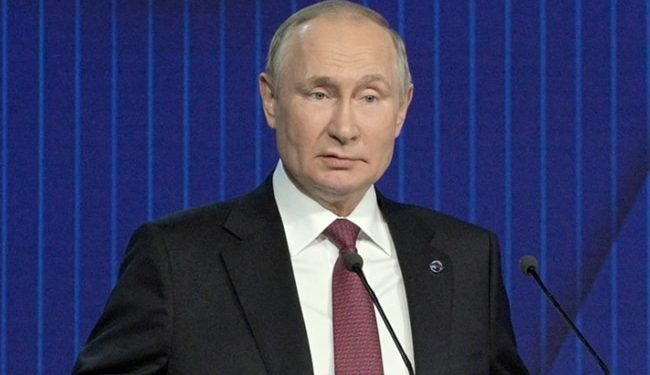 Russian President Vladimir Putin will not attend the G20 leaders’ summit on the Indonesian holiday island of Bali next week, the Moscow embassy in Indonesia told AFP on Thursday.
“I can confirm that (Foreign Minister) Sergei Lavrov will lead the Russian delegation to the G20. President Putin’s program is still being worked out, he could participate virtually,” said Yulia Tomskaya, head of protocol at the embassy.

US President Joe Biden, who has called Putin a “war criminal” and who will attend the summit, said he had no intention of meeting Putin in Bali if he went.

The decision, following months of speculation, comes as Moscow suffers losses in its campaign in Ukraine and as the Kremlin tries to protect itself from Western condemnation at the November 15-16 summit.

Another source with knowledge of Russia’s planning for the Bali event confirmed that Putin would be replaced by Lavrov. The person said it was unclear whether the Russian leader would be virtually present.

Host country Indonesia has a neutral foreign policy and has rejected Western calls to invite Russia to the summit. Ukrainian President Volodymyr Zelensky is expected to attend the summit virtually.

Indonesian President Joko Widodo said Putin would be invited to the summit despite the invasion, sparking a flurry of Western criticism. In August, he said Putin had accepted that invitation.

Zelensky had threatened to boycott the summit if Putin was present. Ukraine is not a member of the G20 bloc.

Losing on the battlefield

While US President Joe Biden has avoided contact with his Russian counterpart, France has warned of a worsening of Putin’s isolation on the world stage.

French President Emmanuel Macron has been in talks with Putin in recent months and has managed to obtain permission for a mission from the UN nuclear watchdog to travel to the Russian-occupied Zaporizhzhya nuclear power plant in Ukraine.

Russia refers to its invasion as a special military operation to “de-Nazify” Ukraine and blames subsequent Western sanctions for the global economic turmoil caused by the conflict after it sparked food and energy crises.

The meeting in Bali comes as Russia faces setbacks on the battlefield in the face of a Ukrainian counter-offensive.

Russia on Wednesday ordered its troops to withdraw from the city of Kherson in southern Ukraine. It was the only regional capital to be controlled by Moscow’s forces since the offensive began on February 24.

Meta lays off 11,000 employees: Is the Big Tech Bubble bursting?

'Nobody above the law': Telangana minister returns from Dubai after raids on mining case