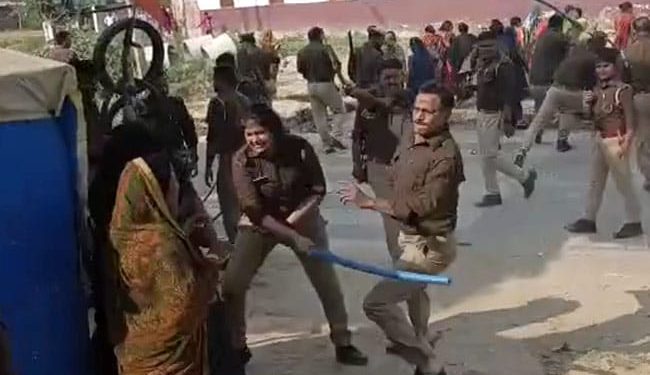 A statue of BR Ambedkar in the area has recently been vandalized.

A video of Uttar Pradesh police officers raining down on women with lathis and shouting abuse has led to accusations of excesses by the police. Police say they used “minor force” after the women began throwing rocks at them and their vehicles.

The video, now viral, is from Jalalpur in the Ambedkar Nagar district of Uttar Pradesh. Police recently cracked down on women protesting the vandalism of a BR Ambedkar statue in the area. The protests sparked a dispute over the ground on which the statue stands.

A group of women protested at the scene on Sunday when police arrived to disperse them. According to the police, some protesters started throwing stones at the police, including a senior officer.

Another video showed some women attacking and pulling the hair of female police officers.

Police then had to use “minor force” to bring the situation under control, he added.