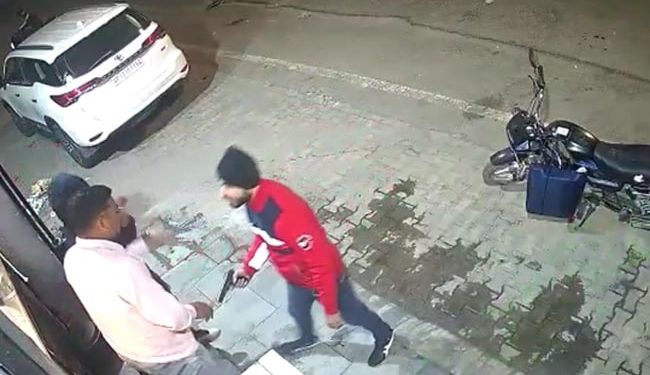 A man in a red upper pulls a gun from his pocket and threatens the SUV owner.

A 35-year-old man was reportedly robbed of his SUV by three people at a gun point in southwestern Delhi’s Cantonment area, police said on Sunday.

The complainant, Rahul, a resident of Meerut district in UP, said three unknown persons got on a motorcycle and robbed his white Toyota Fortuner car with a gun, a senior police officer said.

An alleged video of the incident is circulating on social media.

A case under Section 397 (theft, or dacoity, with attempted death or serious injury) and 34 of the Indian Penal Code was registered in Delhi Cantt Police Station and the investigation was underway, the officer said.

In the video, the driver parks his white Fortuner car near the spot where three people arrived on a motorcycle.

When SUV owner Rahul gets out of the vehicle, a man wearing a red upper pulls a gun from his pocket and threatens him. Two other suspects who wield weapons also arrived and all three escaped with the car from the scene.