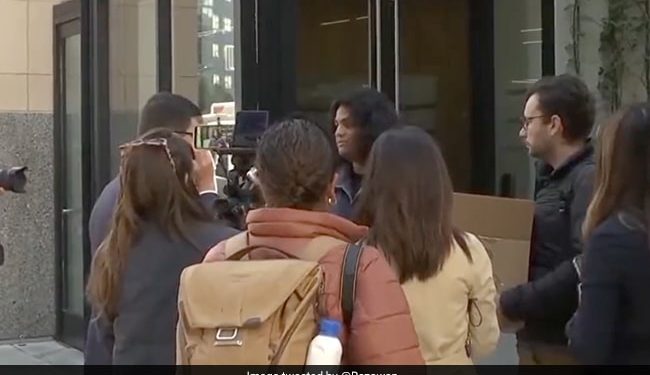 Mr. Musk took over Twitter on Thursday and rumors of the layoffs of the old employees have been circulating on the internet ever since. So when two men with cardboard boxes stood outside the Twitter office, it looked like they were part of a layoff.

In one of the videos, a man who claimed to be an ex-Twitter employee spoke to news outlets about his firing. However, he said he had to leave the interview to “connect with my husband and wife”.

The pair of pranksters’ strange statements sparked suspicion among people online. Although many news outlets reported that the two men were ex-employees, The edgeconfirmed that “Rahul Ligma” did not exist in Twitter’s Slack or email system. In fact, it reported that “Ligma” is a fictional word used to prank people.

Elon Musk, who is known for his sense of humor and distrust of the media, also came up with a witty response to the entire prankster episode. “Ligma Johnson had it coming,” he joked.

Ligma Johnson had it coming 🍆 💦 pic.twitter.com/CgjrOV5eM2

Meanwhile, this came after Elon Musk fired top executives, saying he will, in fact, lay off employees.

“The bird has been released,” Elon Musk tweeted Friday after completing the Twitter takeover and firing the social media giant’s four top executives, including Parag Agrawal, Legal Director Vijaya Gadde, Chief Financial Officer Ned Segal and General Counsel Sean Edgett. He had accused them of misleading him and Twitter investors about the number of fake accounts on the platform.

Massive fire during Chhath Puja in Bihar’s Aurangabad, much criticized