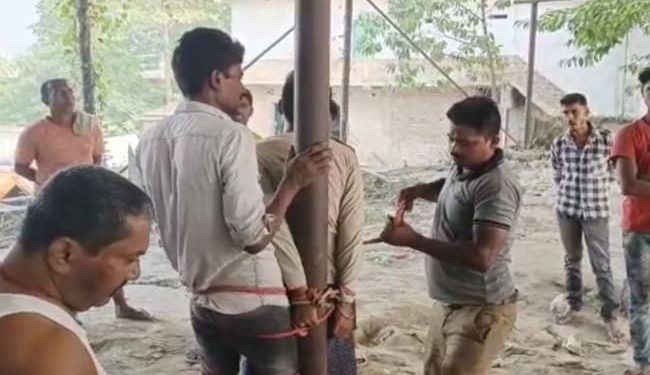 Two men were tied to a post and beaten by a group for stealing iron pieces from a garden in Muzaffarpur in Bihar. The two fainted from the beating, police said, adding that they intervened in time and took the two men to the police station, away from the crowd.

However, it is alleged that the police arrived on the scene an hour after the assault started.

A police officer said both men accused of stealing iron are also residents of Muzaffarpur. The police interrogate them.

The officer said iron sheds are being built near a bridge in the city. However, more than a quintal of iron has been stolen from the structures in the past week.

On Sunday afternoon, some local residents claimed they had identified the two men as iron thieves. When the locals started running, the two men also tried to run, police said. The mob eventually caught the two men, tied them to the police and beat them off.

A video of the incident has been widely shared on social media.

The police say they are investigating the matter.