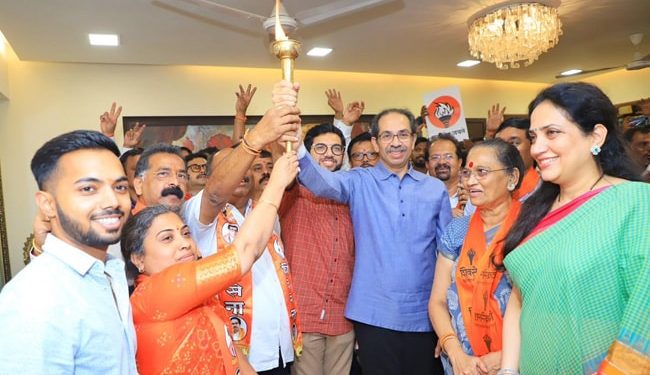 Ms Latke, who contested the bypoll with the support of the NCP and Congress as a candidate of the Shiv Sena (Uddhav Balasaheb Thackeray) faction, has emerged victorious.

“This is just the beginning of a fight. The (party) symbol is important, but people are also looking for the character. The results of the bypoll show that people support us,” Thackeray told reporters after Rutuja Latke called him in his residence ‘Matoshree’ after the victory.

He said the name of Shiv Sena and the party symbol (bow and arrow) were frozen (by the Election Commission) prior to this election.

“This victory is the beginning of a battle. I appeal to Shiv Sainiks to fight unitedly for all future battles. Our party’s name and symbol were frozen for this election, but those who wanted it are far from in near the electoral ring,” said Mr Thackeray. a veiled swipe at the faction led by Maharashtra Chief Minister Eknath Shinde.

Addressing the BJP, which withdrew its bypoll candidate at the last minute, he said Shiv Sena’s opponents withdrew from the race and felt a defeat.

Asked about more than 12,000 bills polled in favor of the NOTA option in the bypoll, Mr Thackeray said, “Had our opponents been in the poll battle, their candidate would have gotten the same number of NOTA votes”.