“Very disturbing”, India reacts to kidnapping of 2 Indians in Kenya 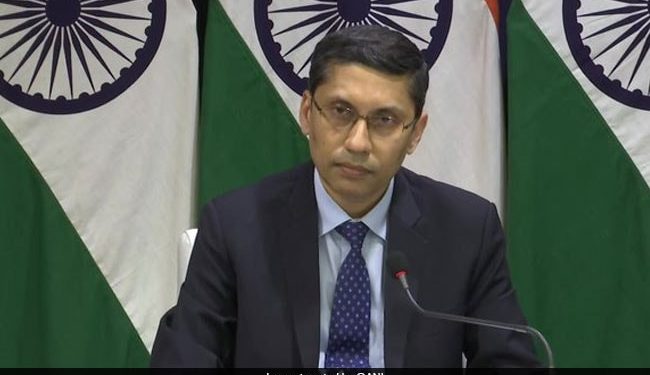 Arindam Bagchi said the ministry will continue to monitor any developments related to this case. (File)

India on Monday described the circumstances surrounding the kidnapping of two Indians in Kenya and the subsequent lack of information in the case as “deeply disturbing”.

The Indian High Commissioner for Kenya, Namgya Khampa, met with Kenyan President William Samoei Ruto and asked him to expedite the investigation into the matter, the Ministry of Foreign Affairs (MEA) said.

A close associate of the Kenyan president last week claimed that the two missing Indians, Mohammad Zaid Sami Kidwai and Zulfiqar Ahmed Khan, were murdered by the disbanded Directorate of Criminal Investigations (DCI) unit, according to a media report.

It is learned that the Kenyan government has not officially said anything about the report.

Kidwai and Khan, who were part of the Kenya Kwanza digital campaign team, went missing in July along with taxi driver Nicodemus Mwania from Mombasa Road.

“We have been in regular contact with the Kenyan government to find out the whereabouts of the two missing Indian nationals, Mohammad Zaid Sami Kidwai and Zulfiqar Ahmed Khan,” MEA spokesman Arindam Bagchi said Monday evening.

“Our High Commissioner in Nairobi, Namgya Khampa, today called on President William Samoei Ruto to convey our deep concern and request that the investigation into the matter be expedited,” he said.

Mr Bagchi responded to media inquiries about the matter.

He said Kenya’s High Commissioner in New Delhi was also called to the ministry on Sunday to convey India’s concerns about the issue.

“The specific circumstances surrounding the kidnapping and the subsequent lack of information are deeply troubling. We expect the matter to be thoroughly investigated,” Bagchi said.

He said the Indian High Commission in Kenya is in contact with and assisting the relatives of the two Indians.

“The matter is being actively investigated by the Kenyan Police’s Internal Affairs Unit (IAU). We have determined that several people have been detained in this regard, including officials from the recently defunct Special Service Unit of the Kenyan Police,” the statement said. lord added Bagchi.

He said the MEA will continue to monitor any developments related to this matter.