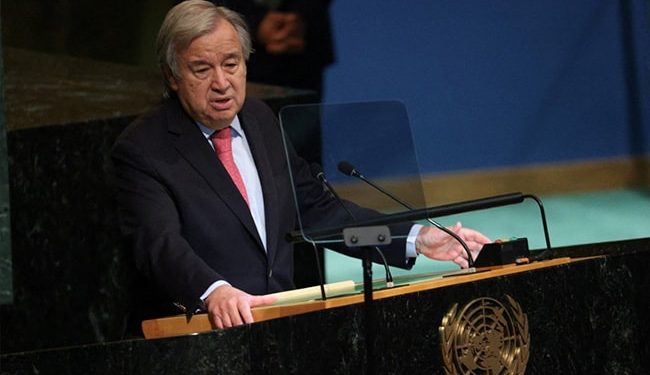 The July deal — signed between Russia and Ukraine and brokered by Turkey and the UN. (File)

UN Secretary-General Antonio Guterres expressed “deep concern” on Sunday that sea grain exports to Ukraine were halted after Russia suspended its participation in a deal allowing the essential shipments.

“The Secretary General is deeply concerned about the ongoing situation regarding the Black Sea Grain Initiative,” his spokesman said.

“He has decided to postpone his departure to the top of the Arab League in Algiers for a day in order to focus on the issue.”

The July deal – signed between Russia and Ukraine and brokered by Turkey and the UN – is critical to alleviating the global food crisis caused by the conflict.

Russia said it withdrew its participation after accusing Kiev of a “massive” drone attack on its Black Sea fleet, which Ukraine called a “false pretext”.

Josep Borrell, the EU’s foreign policy chief, said on Sunday that he and Guterres had discussed coordinating measures to keep exports flowing out of Ukraine, adding: “Russia needs to come back to an agreement.”