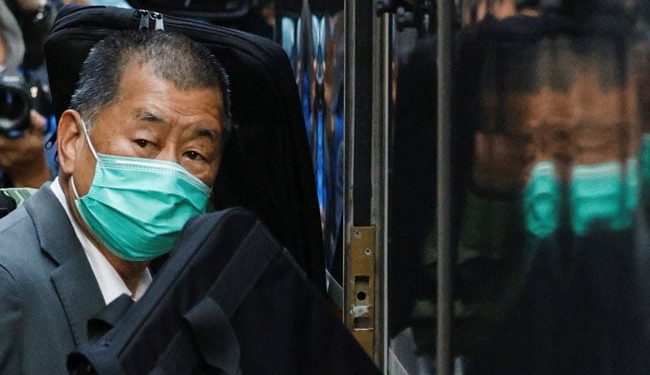 The United States on Wednesday criticized the fraud conviction of Hong Kong media mogul Jimmy Lai, warning that the human rights protections of the Chinese territory are deteriorating and that the once-vibrant press has “virtually disappeared”.

Lai was convicted Tuesday, the latest in a slew of cases against the former owner of the now-closed pro-democracy newspaper Apple Daily.

“We remain deeply concerned about the deterioration of the protection of human rights and fundamental freedoms and the systematic dismantling of Hong Kong’s autonomy under the National Security Law,” imposed by the Chinese government (PRC), Price said in a statement.

“We urge the PRC authorities to restore respect for press freedom in Hong Kong,” Price said.

Lai and two former Apple Daily executives, Wong Wai-keung and Chow Tat-kuen, were charged with violating the terms of a lease they signed with a government-owned company for Apple Daily office space.

Lai, 74, was behind bars three years ago for his role in the massive democracy protests that ravaged Hong Kong. He faces an upcoming national security lawsuit where he could face a life sentence.

These are the countries where cannabis is legal

These are the countries where cannabis is legal