“United, Work for the Good of the Nation”: Rishi Sunak’s First Message to Party Leaders 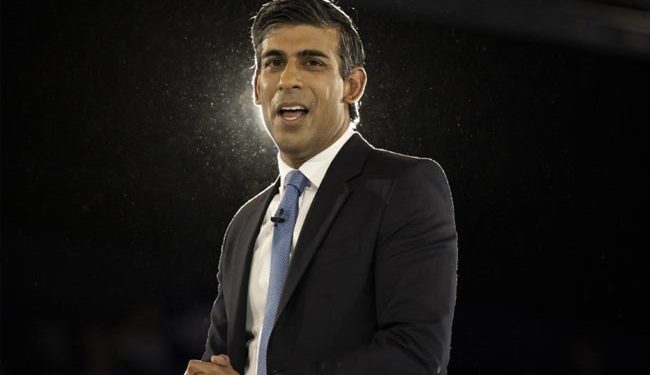 Rishi Sunak called on his warring Conservative Party to unite as the UK’s incoming prime minister tries to resolve the crisis facing the economy.

Less than an hour after he triumphed in the race to succeed Liz Truss as prime minister, the former finance minister said his party must come together after ousting two prime ministers this year, according to a lawmaker who attended Sunak’s speech to MPs. closed its doors on Monday.

Speaking shortly after his last remaining rival, Penny Mordaunt, withdrew from the race for 10 Downing Street, Sunak urged her party to “unite and work together for the good of the nation”. This meant that there was no need for a second vote among the members of the grassroots party.

It is a remarkable turnaround in Sunak’s political fortunes, after the former Treasury Secretary left Boris Johnson’s government in July and then lost to Truss in the last Tory leadership match in the summer. But his repeated warnings that her plans would cause economic chaos proved correct and put him in pole position when Truss’s premiership imploded.

Johnson’s Shadow
Still, Sunak was not a shoo-in given the bitterness and division in the conservative party. He is still tarnished in the eyes of many Tory MPs for his role in Johnson’s downfall, and the former prime minister’s flirtation over the weekend with what would have been a scandalous comeback just months after he was briefly ousted. threatened to derail Sunak’s hopes.

Ultimately, Johnson withdrew without ever showing that he had the support of 100 Tory MPs needed to formally challenge leadership. Likewise, Mordaunt withdrew shortly before influential Tory MP Graham Brady was due to announce which candidates had crossed that threshold.

In fact, it marked a coronation for Sunak, 42, who will become the UK’s first Hindu Prime Minister and the country’s youngest in over 200 years. Grassroots Tory members, who had the final say when Truss defeated Sunak last time, will have no input this time.

But Sunak now faces a daunting task of trying to bring that unity to a party that has endured months of turmoil and is still torn over fundamental issues, including Brexit and the economy.

Some Tory MPs even say the party no longer has a mandate to rule, following a second change of leader since Johnson won the 2019 general election. “It will now be impossible to avoid a GE,” former culture minister Nadine Dorries said on Twitter.

On Monday, there were signs that Tory MPs are ready to rally behind their new leader. After Sunak’s speech, former Tory leader Iain Duncan Smith – a Brexiteer on the party’s ideological right – told reporters: “It is time to put an end to this psychodrama.” And Alex Chalk, a remnant of the party’s moderate One Nation faction, praised Sunak’s “incredible speech.”

“We have to move forward,” Chalk said. “He said it with an articulation and a power that brought the room to life.”

Truss’s decision to step down followed weeks of turmoil as investors jettisoned British assets. Her economic plan, including borrowing to pay huge tax cuts, rocked the markets and turned voters against the Tories in record numbers.

After sacking her prime minister of finance and a longtime political ally, Kwasi Kwarteng, Truss brought in Jeremy Hunt, who backed Sunak on Sunday, to try to restore calm.

Hunt succeeded to some extent, but also set the government on track to impose another punitive round of austerity measures in a politically sensitive moment as Britons grapple with rising costs of living.

In a column for the Telegraph newspaper late Sunday, Hunt indicated that he and Sunak are on the same page on how to handle the economy. Sunak will “turn the page on what went wrong, make decisions in the national interest and rebuild the extraordinary potential of our economy,” Hunt said.

Hunt will make a major statement on the Treasury’s tax and spending plans on October 31, a date chosen to better inform the Bank of England about how quickly interest rates should be raised. UK bonds rose on Monday’s opening on expectations of a premiership from Sunak.