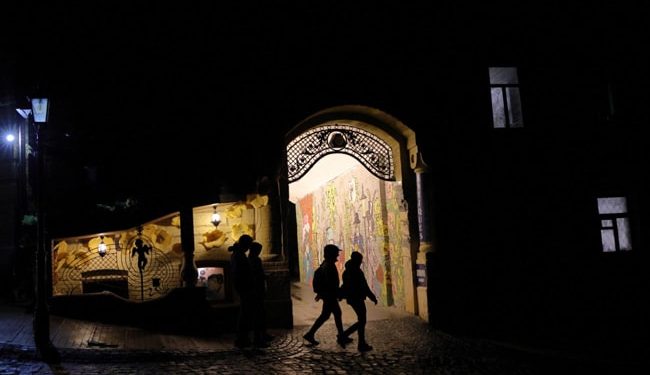 “The power plant that supplied power to the entire right bank of the Kherson region and a significant part of the Mykolaiv region has been practically destroyed,” Ukrenergo chief Volodymyr Kudrytskyi said in a post on Facebook.

He added that the “destructions” were the “consequences of the impotent fury of the occupiers before they fled from the right bank of the Kherson region”.

“Most of the liberated Kherson region has been without electricity since November 6,” Kudrytskyi said. “We are doing our best to provide power to people as quickly as possible.”

He said Ukraine “handed over the list of necessary equipment for the Kherson region to our foreign partners…Poland and France have already responded.”

Last Friday, Russia said it had finished withdrawing its troops from the west bank of the Dnipro River after Moscow said it had made the “difficult decision” to withdraw as Ukraine advanced.

The city of Kherson was the first major urban hub to fall to Russian forces and the only regional capital to be controlled by Moscow’s forces.

The reconquest opens a gateway for Ukraine to the entire Kherson region, one of four regions the Kremlin announced in September that it had annexed and become part of Russia.

Facing difficulties on the battlefield, Russia has been targeting energy facilities across Ukraine for weeks as winter sets in.

“We will beat him into a coma”: Video shows attack on Hyderabad Hostel by students

“Won’t cooperate”: Israel explodes US investigation into death of an Al Jazeera journalist

"Won't cooperate": Israel explodes US investigation into death of an Al Jazeera journalist