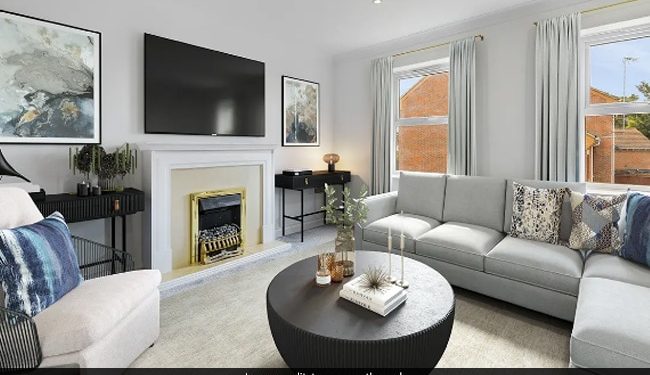 The house is in a thriving area, it is also close to Chatham train station.

In recent days, prospective home buyers in Britain have taken part in an exciting promotion where a beautiful home was offered to the winner of a raffle for a ticket worth Rs 280. The property was a three storey house, Rs 3.7 crore with four large bedrooms, a large kitchen and dining room, a living room and a low maintenance garden. The house is staged with stylish furniture and a lavish golden fireplace.

The property, which would normally rent an average of Rs 188,000 per month, is being raffled off by three brothers, Daniel, Jason and Will Twenefour.

According to the Cambridge news, to thrash the house, the Twenefours will have to sell about 155,000 tickets to cover transfer costs such as stamp duty and legal fees. But if 155,000 tickets are not sold, the winner will instead be offered 70% of ticket receipts. Fortunately, the trio have so far managed to raffle off a wealth of other properties under their Tramway Path company name.

“I initially started to sell my own property during the pandemic because I had already moved but had to pay two mortgages,” Daniel Twenefour told local media.

“After the first game, I was inundated with messages and emails from people asking me to do it again because it will help people get up the real estate ladder. It’s a blessing to change so many lives.”

The lucky winners will not only get the beautiful house, but they will also be able to live without paying rent or mortgage. The chic home features a contemporary fully fitted kitchen and is located in lively Medway, Kent, about an hour by train from London.

According to the Tramway Path website, this beautiful 4 bedroom house in Medway, Kent, is everything you could wish for in a family home. This historic city is rich in culture and art, with several local attractions to explore and enjoy. There are 2 nearby train stations, with Chatham Station being the nearest, with connections to London Victoria and London St Pancras in less than an hour.