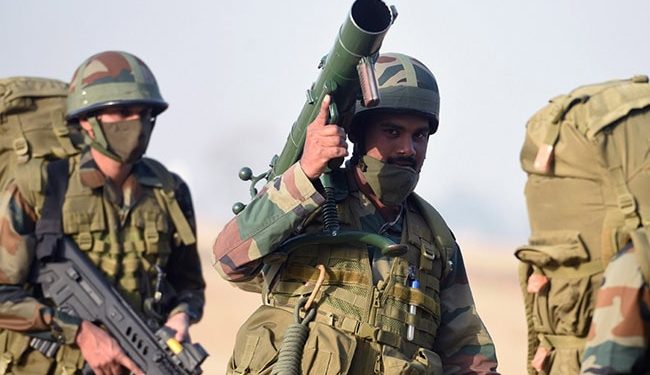 The defense minister is expected to communicate with army commanders on November 10. (file)

Top military commanders will provide a comprehensive overview of India’s national security challenges along its borders with China and Pakistan, and ways to improve the fighting power of its 1.3 million-strong force, in a five-day conclave beginning Monday.

The Commanders Conference will also focus on the evolving regional security situation and the geopolitical implications of the war between Russia and Ukraine, officials said.

The conference, to be held Nov. 7-11 in the national capital, will hold discussions on “transformational requirements for a future-proof armed force” for greater operational effectiveness, they said.

Activities planned as part of the conference include talks by leading subject matter experts on “contemporary India-China relations” and “Technological challenges to national security,” the military said.

It will also brainstorm specific plans for capacity development and increasing the force’s operational readiness.

The Army Commanders’ Conference is a top-level biennial event held in April and October. The conference is an institutional platform for conceptual level deliberations, culminating in key policy decisions for the Indian military.

The commanders will also conduct a comprehensive assessment of India’s military readiness along the 3,400 km Line of Actual Control (LAC) in view of the ongoing military standoff with China at certain points of friction in eastern Ladakh, the officials said.

The counter-terror operation in Jammu and Kashmir and the general situation in the Union territory will also be discussed extensively at the conference, they said.

“During the conference, top Indian military leadership will brainstorm current and emerging security and administrative issues to chart the future course for the Indian military,” the military said.

The conference will also discuss changes being made to promote ‘Atmanirbharta’ (self-reliance) in defense, implementation of the new human resource management policy and “progressive” military training.

“In-depth discussions are also planned on various agenda items projected by the army commanders, including an update by the CINCAN (Commander in Chief, Andaman and Nicobar Command) and briefings on various issues by several chief staff officers,” the army said. said in a statement.

The Andaman and Nicobar Command is India’s only tri-services command.

Defense Minister Rajnath Singh is scheduled to communicate with the army commanders on Nov. 10.

The Chief of the Defense Staff, General Anil Chauhan, and the chiefs of the Indian Navy and the Indian Air Force will also address the senior leadership of the Indian Army on ways to promote tri-service synergy.