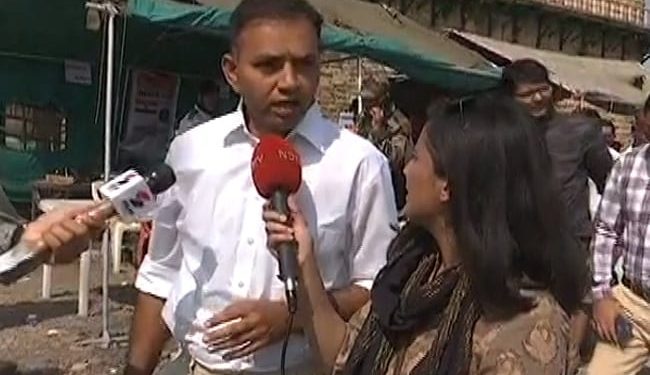 NK Muchhar, Additional District Magistrate, Morbi, at the site of the bridge collapse.

A top official in Gujarat’s Morbi district said today that “time will tell” how many people are still missing since the bridge collapse on Sunday that killed 135 people. “We will operate until the last minute,” said district magistrate NK Muchhar, when asked about the plan to locate all those who fell into the river after cables broke from the suspension bridge.

He ran away from the camera when asked if old cables hadn’t been replaced by the contractor, Oreva Group, who was tasked with renovating the British-era bridge. Oreva, best known for making ‘Ajanta’ wall clocks, had outsourced the work to a little-known company.

The company was bound by its contract to keep the bridge closed for maintenance and repairs for 8-12 months. But it reopened in the last week of October – after just seven months – falling on October 30. That day there were about 500 people – tickets were sold for Rs 12 to 17 – at a capacity of less than 200, it has been learned.

The contractors who carried out the bridge repairs were not qualified for it, the prosecution told a court on Tuesday. “Nevertheless, they got the job in 2007 and then in 2022,” the prosecutor said.

Oreva’s general manager Jaysukhbhai Patel, who had publicly claimed the renovated bridge will last at least eight to 10 years, has not been seen since the tragedy. The company’s farm in Ahmedabad is locked up and abandoned, not even a guard in sight.

Mr. Patel had signed the contract with the municipality of Morbi.

Victims and opposition political parties have questioned why the police case does not name Oreva’s top bosses or the officials who signed the contract.

So far, the police have arrested only a few employees of the company.

The state government has formed a five-member investigation committee. But a petition has been filed with the Supreme Court for a judicial inquiry. It will be heard on November 14.