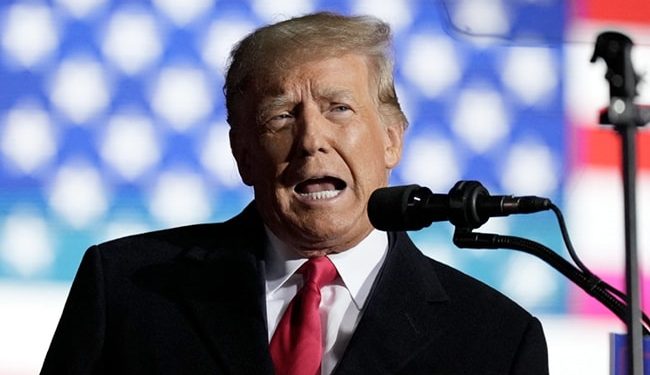 Former US President Donald Trump’s decision to run for the White House again in 2024 has potential rivals gearing up to take on a divisive Republican leader bruised by his party’s losses during the midterm elections.

Here’s a look at his possible challengers for the Republican nomination:

Strategists and party leaders have said Trump, 76, remains the hot favorite for the 2024 Republican nomination.

But the former president has had a mixed record with the candidates he supported in the midterm elections, with some blaming him for the Republicans’ failure to seize control of both houses of Congress.

Trump’s candidacy comes as lawsuits over his alleged involvement in the January 6, 2021 attack on the Capitol and his business dealings continue to swirl around him.

Republican Ron DeSantis, the 44-year-old governor of Florida, could be Trump’s main rival for the nomination.

With a strong political base and war chest behind him, DeSantis won a landslide victory last week in his bid for a second four-year term as governor.

His opposition to COVID-19 restrictions, as well as clashes with liberals over LGBTQ rights, immigration and race-based discussions, have drawn nationwide praise from conservatives.

Republican former Vice President Mike Pence served as a loyal, fine No. 2 to the flamboyant Trump, but his boss turned on him when Trump supporters rioted at the US Capitol. Pence, a former Republican congressman, defied Trump on that day and declared Democrat Joe Biden’s presidential victory as required by law.

Pence has walked a fine line ever since, without risking the wrath of Trump’s base.

The 63-year-old former governor of Indiana is widely regarded as a candidate for the White House. He campaigned for Brian Kemp, a nemesis of Trump who was re-elected governor of Georgia in the midterm elections.

Abbott, 65, has pursued increasingly conservative policies during his second term, opposing COVID-19 vaccine and mask mandates. He signed the most restrictive abortion ban of any US state and is building a new barrier on the border with Mexico.

While it has long been rumored to be a potential 2024 candidate, Abbott has not publicly addressed the issue in some time.

Republican U.S. Representative Liz Cheney, 56, has vowed to do everything she can to prevent Trump from returning to the White House and said she would soon decide whether to run for president herself.

The daughter of former Vice President Dick Cheney, she has played a prominent role in the congressional investigation into the January 6, 2021 attack on the Capitol.

Cheney lost the Republican Party’s nomination for Wyoming’s only seat in Congress in August to a Trump-backed challenger after Cheney said she would not agree with President Trump’s lie about the 2020 election.

Haley, a former governor of South Carolina and the daughter of Indian immigrants, was the most prominent woman in Trump’s cabinet and served as his ambassador to the United Nations.

Haley, 50, regarded as a rising Republican star, has kept Trump alternately close and at bay.

She publicly criticized him during his 2016 presidential campaign and again after the January 6 riot, saying his actions after the 2020 election “will be harshly judged by history”.

Her rhetoric later softened when she called him a friend who still had a part to play in the party. In June, Haley teased a 2024 run “if there’s a place for me,” and in October said she would consider the idea early next year.

Beaten, murdered and chopped by partner : anatomy of a chilling murder

Air quality in Delhi is improving to “Moderate” category.

Air quality in Delhi is improving to "Moderate" category.