The world’s ‘most poisonous plant’ found in British Garden flowerbeds 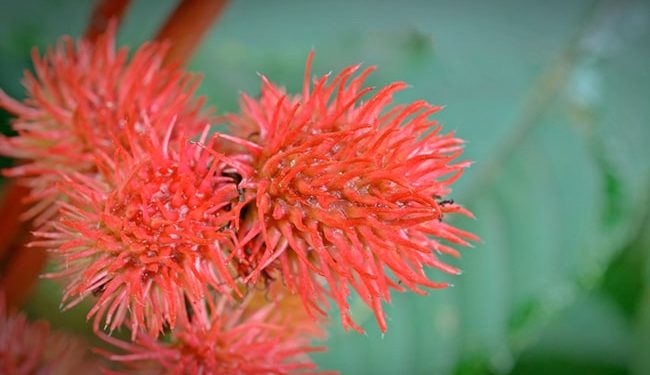 The Guinness World Records consider it the world’s most poisonous common plant.

A British woman walking in a park was horrified to discover one of the world’s most deadly plants growing in a municipal flower bed. Walesonline.

The woman found Ricinus communis, better known as the castor oil plant, which contains a compound 6,000 times more toxic than cyanide. Gardeners from Conwy Council planted flowerbeds at Queen Gardens Park in Colwyn Bay earlier this week, according to Media Wales. The plant was among the flowers and shrubs.

The castor oil plant contains ricin, a banned substance that, in sufficient quantities, is considered a chemical and biological weapon. While gloves should always be used when handling the plant, the seeds and seed heads pose the greatest risk when consumed. Only 1 to 10 seeds are needed to cause death.

According to the Guinness Book of World Records, based on the amount of poison it takes to kill a human being, the castor bean (Ricinus communis) is the most poisonous plant in the world. According to the Merck Index: An Encyclopedia of Chemicals, Drugs, and Biologicals (1997), a dose of 70 micrograms (2 millionths of an ounce) is sufficient to kill a 72 kg (160 lb or 11 st 4 lb) person .

According to the daily mail,Conwy Council said it would take its usual precautions with the latest batch of Castor bean planted in Colwyn Bay and elsewhere.

A spokesperson said: “We have been using castor oil (Ricinnus communis) plants in our bedding plant displays for many years and they are commonly used in bedding displays across the UK.