The UK’s reputation has taken a hit, admits Rishi Sunak 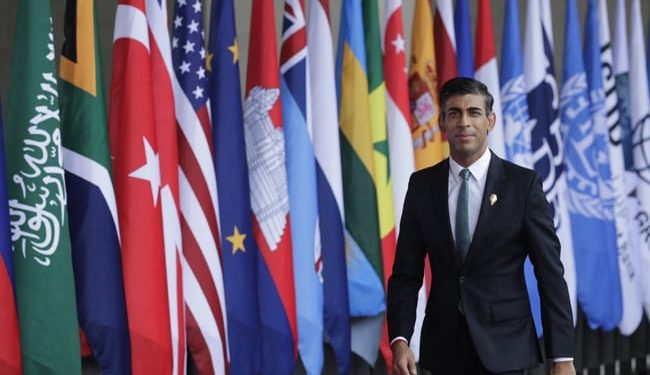 The UK’s international reputation has taken “a bit of a setback” this year, British Prime Minister Rishi Sunak said on Tuesday, as he vowed to restore economic stability.

In an interview with the BBC here on the sidelines of the G20 summit, Sunak said tax hikes and austerity measures in Thursday’s autumn statement were needed to curb rising inflation and UK government debt. But he promised that decisions would be made in a “fair” way and that everyone would benefit from lower debt.

“It is clear that our international reputation has suffered some damage as a result of some things that have happened more recently,” he told the BBC.

“Even though the situation is difficult… we will make those decisions with a balance of everything we need to do. People can see that yes, the approach we have taken is fair, and yes, the approach we have taken, is compassionate when taken into account in the Taking a step back inflation is the biggest challenge we face it’s important we get to grips with that it’s important we understand the rise in mortgage rates that people are experiencing limit,” he said.

While he admitted mistakes had been made in recent months under his predecessor Liz Truss, he refused to apologize for the economic turmoil caused by the Conservative Party-led government.

“What I want to do now is fix them,” he told Sky News when he was repeatedly asked to apologize for the disastrous mini-budget called Trussonomics.

He admitted that “tough decisions” need to be made to get the economy back on track, but he is “willing to do the hard things”.

He added: “I spent the summer talking about the challenges our country is facing, talking about what I thought was necessary to address and solve them to build a foundation with which to we can provide people with jobs, growth and prosperity over time.

“So I think people know where I stand on all these issues. And now that I’m prime minister, I’m going to make sure we deliver on that.” He said that since he took over the reins there is now “much more stability in the UK’s financial position in terms of what the UK is paying to borrow money and what has happened to the pound”.

Sunak is at the G20 summit in Indonesia where his speech focused on attacking Russian President Vladimir Putin for causing global economic unrest with the conflict with Ukraine. He also met Prime Minister Narendra Modi at the summit, the duo’s first meeting since taking charge at 10 Downing Street.