“Terrorism cannot and should not be linked to any religion”: Amit Shah 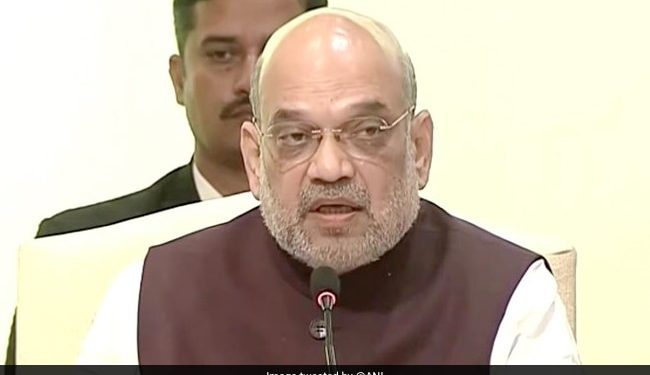 Amit Shah said terrorism cannot be linked to any religion, nationality or group.

Interior Minister Amit Shah said today that financing terrorism is more dangerous than terrorism whose threat cannot and should not be linked to any religion or group.

He also said that terrorists are constantly finding new ways to commit violence, radicalize young people and raise financial resources and that the darknet is being used by terrorists to spread radical content and hide their identities.

“Terrorism is undoubtedly the most serious threat to world peace and security. But I believe the financing of terrorism is more dangerous than terrorism itself because the ‘means and methods’ of terrorism are fueled by such financing.”

“Moreover, the financing of terrorism weakens the economies of the countries of the world,” Amit Shah said at the third No Money for Terror Ministerial Conference on Counter-Terrorism Financing organized by the Ministry of Home Affairs in Delhi.

He said: “we also recognize that the threat of terrorism cannot and should not be linked to any religion, nationality or group”.

“To counter terrorism, we have made significant progress in strengthening the security architecture, as well as the legal and financial systems,” said the Union’s interior minister.

In a covert attack on Pakistan, Amit Shah said there are countries that are “trying to undermine or even hinder our collective resolve to fight terrorism”.

“We have seen some countries protecting and harboring terrorists, protecting a terrorist is equivalent to promoting terrorism. It will be our collective responsibility that such elements never succeed in their intent,” he said.

Watch: Sambar Deer visits a tea stall. This is what happens next