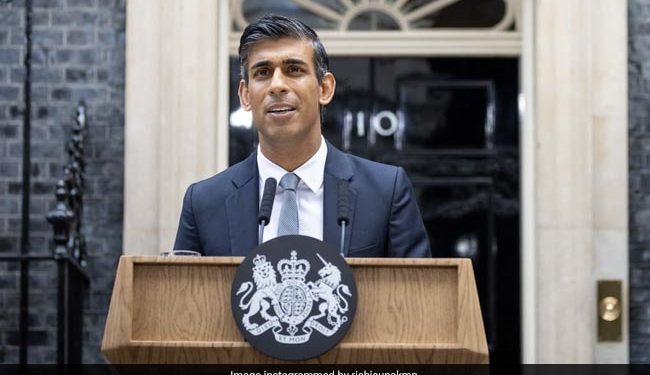 Rishi Sunak started the process of choosing ministers for his cabinet.

After being appointed as the UK’s new Prime Minister, Rishi Sunak began the process of choosing ministers for his cabinet, some of which were reappointed and several fired.

In his maiden speech as Prime Minister, Mr Sunak said: “I have been elected leader of my party and your Prime Minister, in part to correct mistakes. And that work begins immediately.”

James Cleverly has been reappointed as Secretary of State for Foreign Affairs, Commonwealth Affairs and Development Affairs.

Ben Wallace, who served as Defense Secretary in Liz Truss’ cabinet, was retained by Mr Sunak.

Penny Mordaunt, the other candidate for 10 Downing Street, has been reappointed Lord President of the Council and Leader of the House of Commons. She withdrew from the race after not getting enough support from Tory lawmakers

Suella Braverman of Indian descent, who stepped down from the government a few days before Truss’ resignation, returned as Home Secretary in the Rishi Sunak cabinet. Mrs. Braverman was also Secretary of the Interior during Truss’ tenure. In her letter of resignation to the prime minister, she expressed “serious concerns” that the prime minister would break the manifesto’s promises.

Dominic Raab has been appointed Deputy Prime Minister, Lord Chancellor and Secretary of State for Justice. He was previously Boris Johnson’s deputy.

Nadhim Zahawi has been appointed as a minister but has no portfolio in the cabinet. He previously served as the Chancellor of the Duchy of Lancaster, Minister for Intergovernmental Relations and Minister for Equality during Liz Truss’ tenure.

Oliver Dowden replaced Nadhim Zahawi as the new Chancellor of the Duchy of Lancaster. He was previously Minister without Portfolio in the previous government.

Gillian Keepan has been appointed as the new Secretary of State for Education.

Mel Stride has been appointed State Secretary for Work and Pensions in the new cabinet.

dr. Therese Coffey joined the cabinet as Secretary of State for the Environment, Food and Rural Affairs.

Scientists discover a solution to poor air quality. here’s how

Scientists discover a solution to poor air quality. here's how