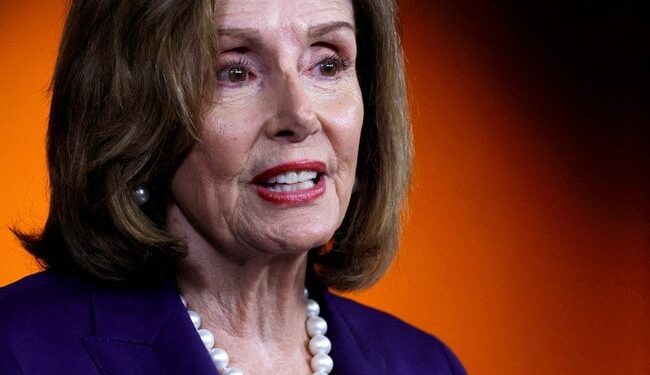 Nancy Pelosi’s husband Paul Pelosi was attacked by a man with a hammer last Friday.

The man accused of assaulting the husband of House Speaker Nancy Pelosi with a hammer pleaded not guilty to attempted murder and other charges when he appeared in a San Francisco court on Tuesday.

David DePape, 42, was ordered to be held in custody after being arraigned in the city where he allegedly assaulted Paul Pelosi in a pre-dawn attack at the couple’s luxury home.

DePape, of California, was arrested Friday morning after allegedly breaking into the mansion, intending to tie up the powerful politician and break her kneecaps if she wouldn’t confess to “the Democratic Party lies,” the US State Department said. of Justice in a lawsuit.

DePape was carrying tape, twine, zip ties and other materials, the Justice Department said, but found only Pelosi’s 82-year-old husband, whom he attacked and hit him on the head with a hammer.

Judge Diane Northway signed a warrant forbidding DePape from coming into contact with the alleged victim or his wife, or from coming within 150 yards (meters) of their home.

The story of the attack quickly turned into a political litmus test in the deeply divided United States.

Liberals rejected the dangerous coarsening of public discourse and the willing perpetuation of lies by mainstream Republicans, who have seen Nancy Pelosi as a hate figure on the right and a legitimate target for real violence.

Part of the conservative media ecosystem, meanwhile, questioned the story surrounding the attack, with lurid and unproven suggestions that it was a sexual encounter gone wrong.

New Twitter boss Elon Musk was among those who helped popularize the theory after tweeting a link to a speculative op-ed by an outlet with a history of dodgy.

Out of court, Adam Lipson, DePape’s court-appointed attorney, said the defense team would investigate the swirling falsehoods that may have influenced his client.

“There has also been a lot of speculation about Mr DePape’s vulnerability to misinformation and that is certainly something we are going to investigate,” he told reporters.

The suspect is being prosecuted at both the state and federal levels.

San Francisco District Attorney Brooke Jenkins said Monday that DePape is charged with attempted murder, home burglary, assault with a deadly weapon, elder abuse, false imprisonment of an elder and threats against a government official and their family.

If convicted on the state charges, Jenkins said he could face 13 years to life.

Federal authorities charged DePape Monday with kidnapping a US official and assaulting her relative for her actions at her job.

“Not Over Yet”: Disaster Force Official Over Rescue Operations In Gujarat Bridge Collapse