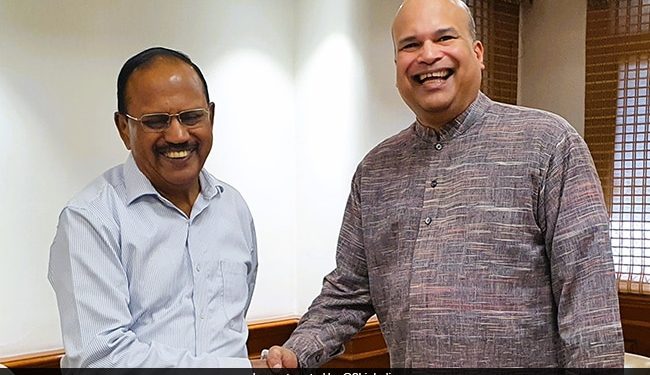 Both sides discussed the current status of bilateral ties.

Both sides discussed the current status of bilateral ties.

Recognizing India’s efforts to help Sri Lanka cope with its worst economic crisis, the High Commissioner told ANI that he is grateful for India’s support.

“India gave us aid and assistance when no one acted. India not only helped us with financing, but also spoke to the IMF and other development partners and encouraged them to support us,” the High Commissioner said.

When a Chinese research vessel docked at the port of Hambantota in Sri Lanka in August, the High Commissioner said the decision to allow the Chinese vessel “Yuan Wang 5” was taken at the level of “officials” in a chaotic time when former president Gotabaya Rajapaksa was on the run from civil unrest in the island.

Since the beginning of this year, India has provided USD 3.8 billion in aid, including lines of credit, a currency swap and deferred loan repayments to Sri Lanka, which is still grappling with the worst economic crisis amid political instability.

New Delhi has been at the forefront of providing economic aid to Sri Lanka according to their needs and is one of the countries that has provided the maximum aid in times of need.

Since the beginning of 2022, Sri Lanka has faced an escalating economic crisis after the government failed to pay its foreign loans. A crippling economy led to shortages of food and fuel that affected many of the people on the island. The economy in Lanka has been in free fall since the start of the Covid-19 pandemic.

Amid the worst economic crisis since independence in 1948, widespread protests erupted across Sri Lanka, forcing Gotabaya Rajapaksa to resign as president. He was eventually replaced by Ranil Wickremesinghe.