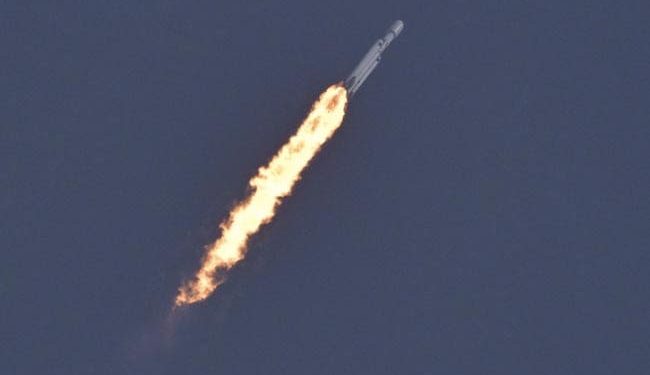 SpaceX’s Falcon Heavy, the world’s most powerful active rocket, has taken off for the first time.

SpaceX’s Falcon Heavy, the world’s most powerful active rocket, took off from Florida’s Cape Canaveral for the first time in more than three years on Tuesday, with Elon Musk’s company sending a group of satellites into orbit for the US Space Force.

The rocket system, consisting of three Falcon 9 boosters tied side-by-side, lifted off at a SpaceX launch pad through dense fog. Two US Space Force satellites and a group of smaller satellites were en route to orbit.

The vehicle’s two side boosters separated in synchronization from the rocket’s core stage about 47 miles (29 km) above the ground and plunge backwards for a supersonic free fall to land.

Minutes later, the two boosters, each some five stories high, restarted their engines and landed almost simultaneously on adjacent concrete slabs, receiving thunderous applause from engineers at SpaceX’s headquarters in Hawthorne, Calif. to a company.

The core booster failed to land and used all of its fuel to blast the satellites further into space.

The Falcon Heavy mission was its first since June 2019, and SpaceX has since launched more than 100 missions with its workhorse Falcon 9 rocket.

“What PM Modi Said to Us”: Bridge Tragedy Survivors Talk to NewsMadura