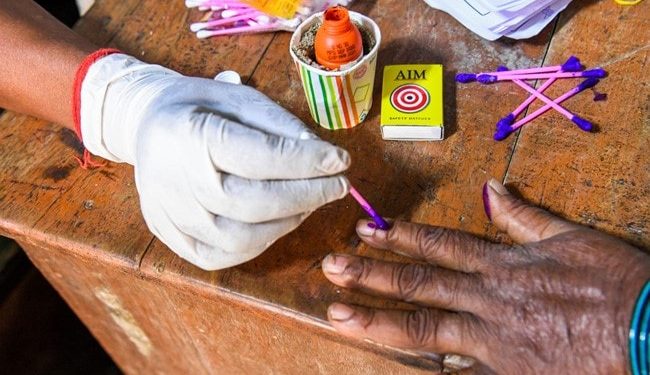 Panchayat elections in Sikkim passed peacefully on Thursday, with 75 percent of the 3.60 lakh voters exercising their right to vote, officials said.

Polls were conducted for 1,147 panchayat wards and 122 zilla panchayat territorial constituencies in six districts of the state, they said.

The panchayat elections in the state were held without party symbols, she added.

No reports of violence have been received from anywhere in the state.

A large number of women were seen at polling stations, with the oldest voter being 102-year-old Narbada Pokhreal of Pacheykhani district of Pakyong district.

A total of 408 candidates are competing for 103 zilla panchayat seats, and 19 seats were uncontested.

While 448 panchayat divisions were decided undisputedly, 1,675 candidates were in contention for the rest of the seats.

The elections were held via voting machines and there was no report of a malfunction, the election official said.

The votes will be counted on November 12.