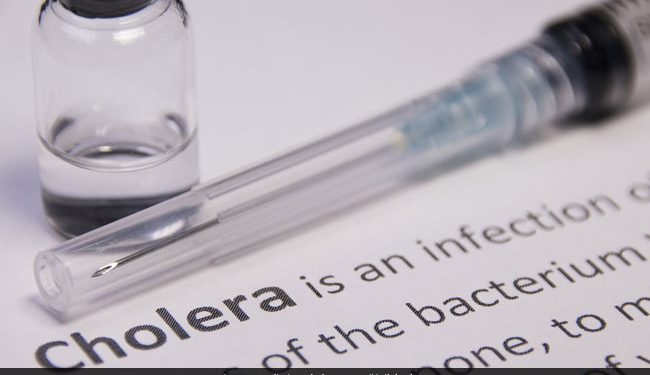 Cholera has killed 214 people in Malawi, but infections from one of the country’s worst outbreaks in a decade have started to ease after peaking last month, the health ministry said Wednesday.

The impoverished South African country has recorded 7,499 cases of the disease since March, which is the largest outbreak to hit the country in 10 years, according to the United Nations.

The health ministry said 174 new cases were reported on Tuesday, down from more than 200 a day in the third week of October.

“Epidemics are a wave and as the statistics show, numbers are falling after they peaked in October,” Storm Kabuluzi, director of preventive health services at the health ministry, told AFP.

“We are working to make sure this is the last wave through some preventive interventions.”

Earlier this week, the World Health Organization (WHO) and the United Nations children’s agency UNICEF said the country had received 2.9 million doses of oral cholera vaccine to ramp up its vaccination campaign.

Cholera is contracted by a bacteria that is generally transmitted through contaminated food or water.

It causes diarrhea and vomiting and can be especially dangerous for young children.

The Ministry of Health appealed to faith leaders to encourage followers to seek treatment when reporting symptoms, as some avoided doing so on religious grounds.

In September, the WHO warned that after years of decline, the planet was witnessing a “disturbing increase” in cholera outbreaks, with climate change exacerbating traditional causes such as poverty and conflict.

Worldwide, the disease affects between 1.3 million and four million people annually, killing up to 143,000.