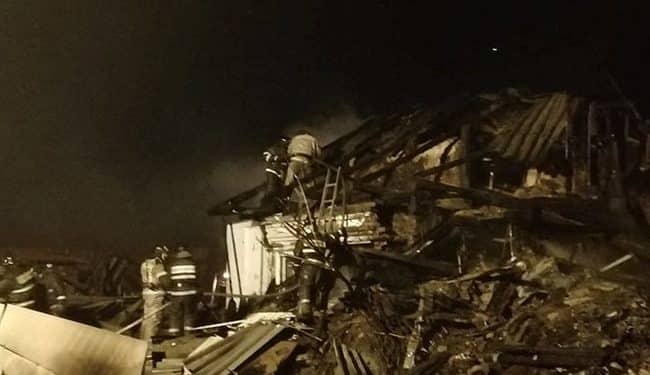 Firefighters work at a site where a plane has crashed into a residential building in the city of Irkutsk, Russia.

A Russian military plane crashed into a residential building in the Siberian city of Irkutsk on Sunday and the two pilots were killed, officials said, the second fatal incident in six days involving a Sukhoi fighter jet.

In a message on Telegram, Irkutsk Governor Igor Kobzev said the plane crashed into a two-storey house in the city. He published a video showing firefighters clambering over the wreckage and aiming water jets at the smoldering rubble.

No one on the ground was injured, the governor said.

Officials said the plane was a Sukhoi Su-30 fighter on a test flight. Last Monday, a Sukhoi Su-34 crashed into an apartment building in the southern city of Yeysk, near Ukraine, killing at least 15 people.

Authorities said the initial investigation into that disaster — in which the pilots were ejected — pointed to a technical malfunction of the plane.

Videos of Sunday’s incident, shared on social media, showed the plane dove almost vertically before crashing into a fireball, sending thick black smoke into the sky. Kobzev said 150 houses in the area were without electricity and work is underway to restore power.

The Russian state commission of inquiry said it had launched a criminal investigation into violations of air safety rules.

Cyclone ‘Sitrang’ is expected to hit Bangladesh on Tuesday morning

Cyclone 'Sitrang' is expected to hit Bangladesh on Tuesday morning