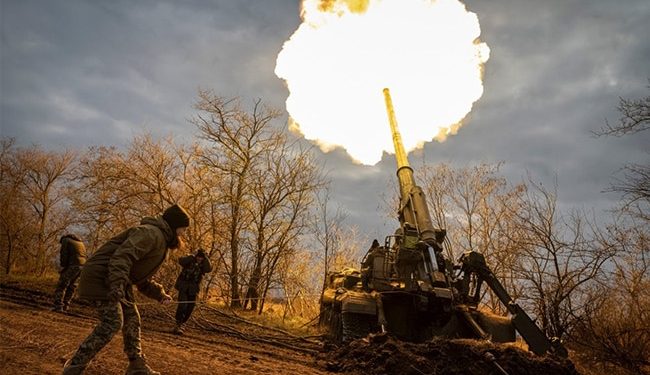 Russia withdrew its troops from the city of Kherson this month to reinforce troops in other regions.

Russia withdrew its troops from the southern city of Kherson this month and moved some of them to reinforce positions in the eastern regions of Donetsk and Luhansk, an industrial area known as the Donbas.

“The fiercest fighting, as before, is taking place in the Donetsk region. Although there were fewer attacks today due to the deteriorating weather, the number of Russian shellings unfortunately remains extremely high,” Zelensky said.

“In the Luhansk region, we are slowly moving forward as we fight. As of now, there have been nearly 400 artillery strikes in the east since the beginning of the day,” he continued.

Zelensky also said troops in the south “consistently and very calculatedly destroyed the potential of the occupiers”, but gave no details.

“There may be people under the rubble. Emergency services are working on the scene,” Tymoshenko told the Telegram messaging app.

The region’s recently recaptured capital, the city of Kherson, is still without electricity, running water or heating.

Kiev said on Saturday that about 60 Russian soldiers were killed in a long-range artillery strike in the south, the second time in four days that Ukraine claims to have inflicted heavy casualties in a single incident.