Rumors in the Tamil Nadu Congress, Head of State dismisses it as an internal matter 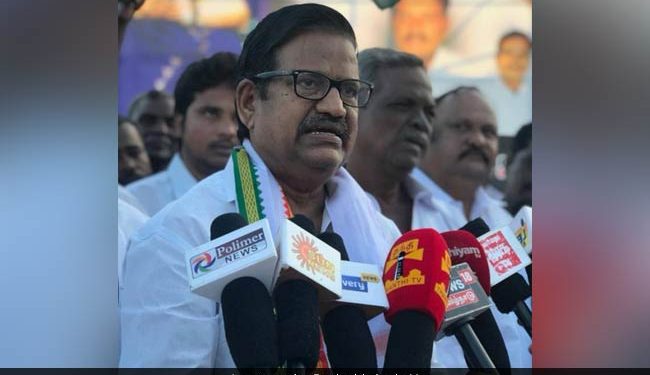 After a lengthy silence, rumblings against the state leadership surfaced in the Tamil Nadu Congress Committee, with a few office bearers openly voicing their resentment.

What surprised everyone was the chaos and a sudden fight between the supporters of two MLAs on the premises of Sathymurthy Bhavan – the headquarters of the TNCC – on 15 November.

Although TNCC chief KS Alagiri later dismissed this as the party’s internal affair, to be resolved, the incident nonetheless brought out the bickering within the party.

R Kamaraj, Congress Speaker in the party’s northern Thoothukudi district, resigned from his party post to protest the alleged handling of the incidents.

TNCC treasurer and Nanguneri legislator Ruby R Manoharan, whose supporters caused an uproar leading to a small fight, said he has received a show-cause notice from the party leadership and will file his submission before the disciplinary committee on Nov. 24.

His supporters had protested against the election results of the bloc presidents for Kalakkad and Nanguneri. The supporters of KPK Jayakumar, Chairman of the Congress Committee of Tirunelveli Eastern District, fell out with them, leading to a fight between the two groups.

“The party posts were filled without consulting the district presidents. The arbitrary action against Manoharan is unacceptable. The party cadres were attacked by goondas in the congress headquarters. What action has the state president taken against the goondas?” asked Mr. Kamaraj.

He also claimed that the TNCC had not passed a resolution condemning the release of those convicts in the murder case of former Prime Minister and Congress leader Rajiv Gandhi.

Mr Alagiri dismissed it as an internal issue, claiming that “leadership dissatisfaction is normal in any political party”. The nominations were made according to the procedure established by the state’s election commission, he said.

About 62 district leaders signed a petition demanding disciplinary action against the Nanguneri MLA.

“We are trying to resolve the issue in a democratic manner. Alagiri’s car was attacked by a group of persons,” former union minister Dhanushkodi Athithan claimed.

Posters demanding action against Mr. Manoharan in Tirunelveli district and some posters in Chidambaram against Mr. Alagiri surprised the party.