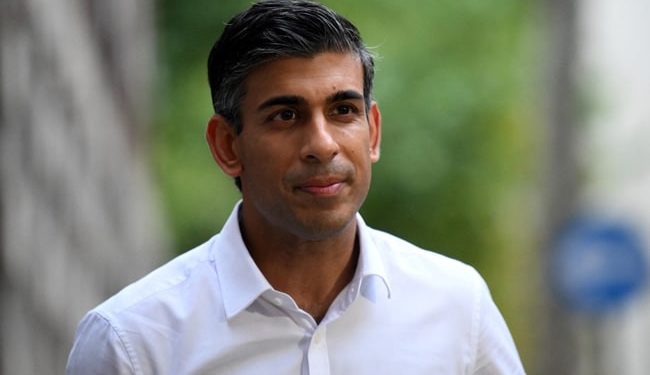 Rishi Sunak already has the support of 142 MPs.

Former British Chancellor of the Exchequer Rishi Sunak could become the country’s next prime minister if his opponents Boris Johnson and Penny Mordaunt don’t get the support of 100 MPs tomorrow. Sunak already has the support of 142 MPs.

Boris Johnson, who was ousted from the premiership in July and left office in September, currently has the support of 59 MPs. Penny Mordaunt has 29.

If both Johnson and Mordaunt fail to win the support of 100 MPs on Monday, Rishi Sunak will automatically become prime minister.

Under rules announced on Thursday, up to three Tory MPs can run for office as the party has set a threshold of 100 MPs for candidates to even get on the ballot, and there are a total of 357 MPs in the party.

If there is a three-way clash, MPs will hold an indicative vote on Monday to nominate the last two shortlisted candidates for an accelerated online vote by some 170,000 Tory members, with the new leader to be chosen next Friday.

Rishi Sunak announced his official candidacy today, saying he aims to restore the economy, unite the party and “deliver for the country”.

Johnson and Sunak met last night amid speculation about a deal between the two, despite the bitterness Sunak’s role has left in Johnson’s downfall as prime minister. There was no clear outcome of those talks and no mention was made of Johnson in Sunak’s announcement today.

Cyclone ‘Sitrang’ is expected to hit Bangladesh on Tuesday morning