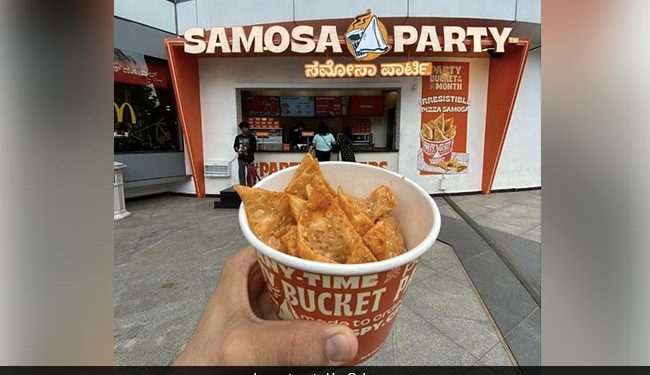 “Samosa Corners”, a new dish launched after a Twitter poll by Mr Doshi.

How many of you remember the days when your parents would get you samosas when they got back from work? For most Indians, samosa is the perfect answer to evening food cravings or a snack with a hot cup of tea. An internet user took to Twitter to share how his online poll inspired a restaurant to launch a new dish called ‘Samosa Corners’. The snack is simply the crust of samosa, without the usual potato fillings.

Twitter user Shreyas Doshi’s caption reads, “Since it’s the season when Twitter polls turn into products, here’s some real evidence that this works.”

“The founder of @Samosa_Party just DMed me that they were inspired by my recent poll on samosa crust vs filling and that they actually launched ‘Samosa Corners’ Crust wins,” he continued.

Since it’s the season when Twitter polls turn into products, here’s the real proof that it works:

Mr. Doshi also posted a screenshot of the message he received from the restaurant’s founder. The message reads: “Hey Shreyas. I am the founder of Samosa Party. Building India’s first ethnic food QSR. Your poll on Samosas inspired us to launch this unique product – this is the most amazing part of Samosa – we call it’s the “Samosa Corners” Just the crust served with our signature chewy chutneys.” In addition to the text, he also shared a photo of the new dish.

The post was shared on Nov. 2 and has racked up more than 1,400 likes. Many users have commented on that as well. A user shared a screenshot of the dish available in the food delivery app to confirm that the dish has actually launched.

“Damn it, the scope of this idea is literally immense!!!!! I can’t wait for the outlets to launch over the counter soon,” said one user.

“This is so cool and their cheese and corn samosas are to die for,” added another user.

Doshi held the poll on September 17. He asked the Twitter audience, “In a samosa, which part do you enjoy more?” 10,715 votes were requested, of which 57.3 percent were received by the crust and 24.2 percent votes for filling. The other options were “Neither. I’m a bot” and “What is a samosa?”