Python dragged a 5-year-old boy into the pool. Then this happened 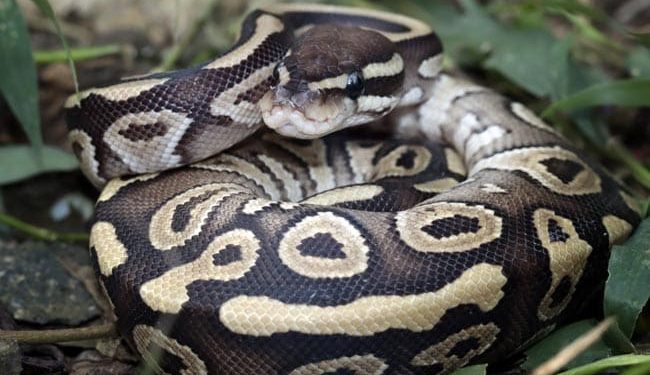 The python struck as the boy walked around the edge of the pool.

A five-year-old boy in Australia miraculously survived after being dragged into the pool by a python three times his size, according to a report in the BBC. The boy, identified as Beau Blake, was swimming with his father and grandfather in Byron Bay, New South Wales, on Thursday when the 10-foot-tall python struck. The reptile wrapped itself around the boy and dragged him into the pool. Beau’s grandfather, 76, dove into the pool and rescued the boy. His father, who was also on the scene, freed the boy’s leg.

“Beau was just walking around the edge of the pool… and I think the python was kind of sitting there waiting for a victim to come along… and Beau it was. I saw a big black shadow coming out of the bush come and wrapped himself completely around his leg,” said the boy’s father, Ben BBC.

Ben recalled the courage of the boy’s grandfather, saying “He passed him on to me and then I had to separate the two. I freed him from his leg. It was a bit of an ordeal.”

Beau escaped with minor injuries and is doing well.

“Once we cleaned up the blood and told him he wasn’t going to die because it wasn’t a venomous snake… he was actually pretty good,” Ben told the Melbourne radio station. 3AW.

Last month, a 52-year-old woman was swallowed whole by a python in Indonesia’s Jambi province. According to local reports, the body was found after the villagers, who were looking for the woman, killed and cut open the snake.

Jahrah, a rubber tapper, had gone missing on her way to work. Police launched a search after the woman’s family reported her missing when she did not return from work.

A day later, one of the searchers found a python with what appeared to be a large stomach. The locals found Jahrah’s body inside the python when they cut it open.

Is Varun Dhawan’s sense of smell as good as a bhediya? He does the smell test

“Fast And Furious”: Video Of Snake Slipping With Slipper Leaves Internet In Crevices

Vladimir Putin's hands turn purple as he shakes during the meeting: report