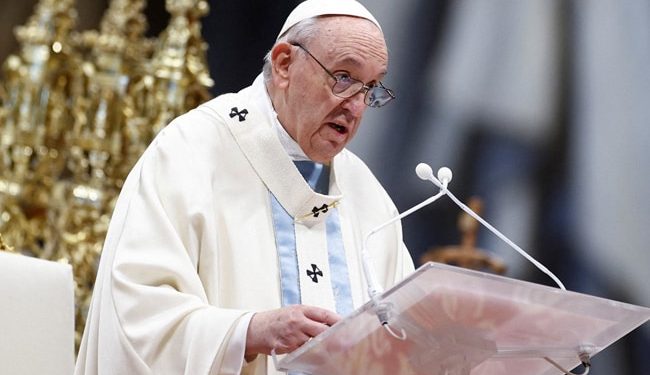 Pope Francis has previously condemned pornography during his pontificate. (File)

At Francis’ meeting at the Vatican on Monday, the 86-year-old pope responded in detail to a wide range of questions from priests and seminarians studying in Rome, from reconciling science and faith to trying to live virtuously amid personal shortcomings.

However, when asked how best to use digital and social media to “share the joy of being a Christian”, the Pope warned not to obsessively watch the news, listen to music that distracts from one’s work – before raising a more serious risk .

“And on this (topic) there’s another thing you know well: digital pornography,” he said, according to the transcript of the question-and-answer session.

“Each of you thinks you’ve had the experience or temptation of digital pornography. It’s a vice that so many people have, so many lay people, so many lay women and even priests and nuns,” Pope Francis said.

“And I’m not just talking about criminal pornography like child abuse, where you see live cases of abuse: that’s already degeneration. But of the more ‘normal’ pornography,” he continued.

The Jesuit Pope has previously condemned pornography during his pontificate, most recently in June when he called it “a permanent attack on the dignity of men and women” and said it should be a “threat to public health”.

“Dear brothers, be careful with this. The pure heart, the heart that Jesus receives every day, cannot receive this pornographic information,” he said Monday, telling the public to “remove” it from cell phones “so that you not have temptation in your hand.”

“From there, the devil comes in: it weakens the priestly heart. Sorry to go into these details about pornography, but there is a reality: a reality that affects priests, seminarians, nuns and consecrated souls,” he said.

‘Do you understand? Okay. This is important,’ he concluded, before asking a question about the importance of ‘signs of mercy’.