PM to visit Telangana today, KCR will not receive him. “Jealous,” says BJP 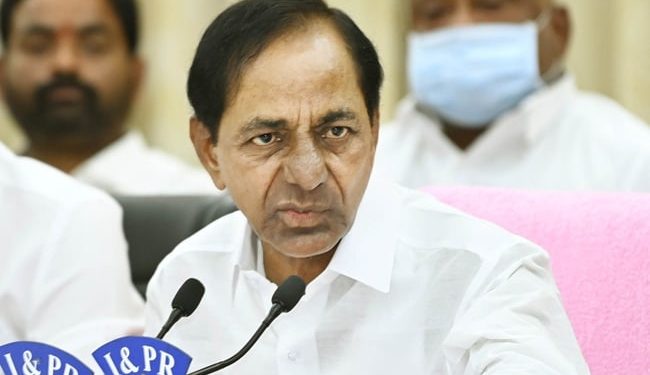 Telangana Chief Minister K Chandrasekhar Rao will not receive Prime Minister Narendra Modi when he lands today at Begumpet Airport in Hyderabad, as part of his two-day visit to four southern states.

Instead, the waiting minister would be Talasani Srinivas Yadav, who received him according to protocol every time Prime Minister Modi arrived in Telangana and the prime minister skipped the event.

BJP leaders say the Chief Minister, also known as KCR, would violate protocol by failing to show up to receive PM Modi.

What the Prime Minister would also greet are posters, banners and placards hung at strategic locations in Hyderabad and Ramagundam, in which Prime Minister Modi asks questions about the Goods and Services Tax (GST) for weavers, a controversial engineering project and so on.

“Why should they get involved politically in this? It is a matter of pride and prestige for Telangana that the Prime Minister is launching various projects and dedicating to the nation that would benefit the state,” Union Minister Kishan Reddy, the MP from Secunderabad, said.

“KCR is behaving like a child. He and his party, the Telangana Rashtra Samithi, are jealous of the increasing popularity of the BJP in the southern state,” BJP leader Ramchander Rao told NewsMadura.

“If MK Stalin and YS Jagan Mohan Reddy, who are both political opponents of the BJP, can receive and welcome the Prime Minister, why not KCR?” he said.

Yesterday, the Chief Minister of Tamil Nadu, MK Stalin, hosted Prime Minister Modi in Dindigul, along with Governor RN Ravi, although the DMK has requested the governor’s removal, citing that he is unfit for the position.

Prime Minister Modi’s visit to Telangana comes at a time when the ruling TRS and BJP have been discussing various issues in recent months. The latest is a claim by KCR that the BJP in the center is trying to overthrow its government by conspiring to bribe or threaten its MLAs. The BJP has denied this.

“We have no affiliation with those three people who have been arrested. Why should we pay hundreds of crores to buy some MLAs? It’s a drama, written and directed by KCR,” said a BJP leader.

However, the BJP had lost a key by-election in Telangana’s Munugode earlier this week.

Watch: Lioness Jumps Into A Safari Vehicle, Here’s What Happens Next

Watch: Lioness Jumps Into A Safari Vehicle, Here's What Happens Next