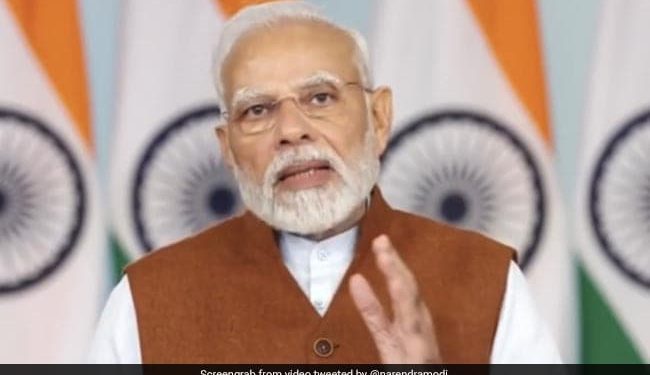 India to formally assume the G20 presidency from December 1 (File)

Prime Minister Narendra Modi will visit the Indonesian city of Bali from November 14 to 16 to attend the G-20 summit, the Ministry of Foreign Affairs announced on Thursday.

On the sidelines of the summit, Prime Minister Modi will hold bilateral meetings with some of his colleagues. The summit is likely to be attended by US President Joe Biden, British Prime Minister Rishi Sunak, French President Emmanuel Macron and German Chancellor Olaf Scholz, among others.

Leaders are expected to deliberate on the conflict in Ukraine, its implications for food and energy security and other pressing global issues such as climate change. Prime Minister Modi attends the summit at the invitation of Indonesian President Joko Widodo.

Indonesia is the current chairman of the G-20. “At the Bali Summit, G20 leaders will deliberate extensively on key issues of global concern under the Summit theme ‘Recover Together, Recover Stronger’. Three working sessions will be held as part of the G20 Summit agenda : food and energy security, health and digital transformation,” said MEA spokesman Arindam Bagchi at a media briefing.

He said President Widodo will symbolically hand over the G20 presidency to Prime Minister Modi during the summit’s closing session.

India will formally assume the presidency of the G20 from December 1.

The G20 or Group of 20 is an intergovernmental forum of the world’s major developed and developing economies.

The G20 is the main forum for international economic cooperation and represents about 85 percent of global GDP, more than 75 percent of world trade and about two-thirds of the world’s population.

India is currently part of the G20 Troika (current, previous and upcoming G20 Presidencies), made up of Indonesia, Italy and India.

On Tuesday, Prime Minister Modi unveiled the logo, theme and website of the Indian G20 presidency.

Speaking during the speech, Prime Minister Modi said India’s G-20 presidency will be an opportunity to share his expertise with the world in women’s empowerment, democracy and digital technologies.

The prime minister also said that India, as chairman of the influential group, would strive for there to be “no first world or third world” and that it would be just “one world”.

“A great opportunity has come. It is a matter of pride for every Indian, it is a matter of increasing his pride,” Prime Minister Modi said in his speech at the online event.

Woman gets 3 rings on her finger removed after 15 years: ”The Relief”

Woman gets 3 rings on her finger removed after 15 years: ''The Relief''