PM in Bali for G20 meeting, talk to world leaders about key issues on the agenda 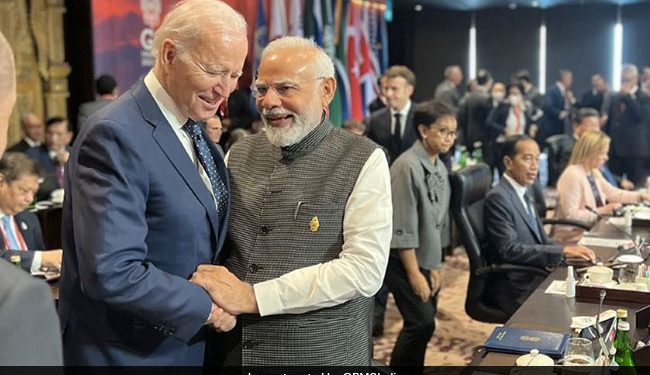 PM Modi said he is looking forward to addressing the Indian community in Bali.

The two leaders shook hands when they met at the Apurva Kempisnky hotel in Bali. PM Narendra Modi is on a three-day visit to Bali to attend the G20 Leaders Summit. After arriving in Bali, Prime Minister Modi tweeted: “Grateful to the Indian community for the warm welcome to Bali!”

At the summit, PM Modi will hold extensive discussions with other G20 leaders on issues of global concern, including reviving global growth, food and energy security, environment, health and digital transformation.

PM Modi will meet with leaders of several other participating countries on the sidelines of the G20 summit and discuss progress in India’s bilateral relations with them.

According to the Prime Minister’s Office departure statement, “India’s G20 presidency will be based on the theme of ‘Vasudhaiva Kutumbakam’ or ‘One Earth One Family One Future’, which underscores the message of equitable growth and a shared future for all. “

Indonesian President Widodo will hand over the G20 presidency to India at the closing ceremony of the Bali summit. India will officially assume the Presidency of the G20 from December 1, 2022. PM Modi will personally invite G20 members and other invitees to the G20 summit to be held in India in 2023.

“We will win 230 seats in Delhi Corporation polls,” said Manish Sisodia of AAP