Playing Center with the Feelings of Youths in the Name of Agniveer: Rahul Gandhi 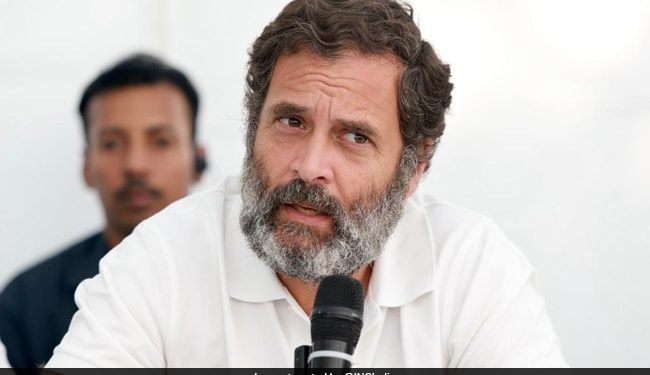 Rahul Gandhi said the Modi government is playing with the feelings of the youth on behalf of Agniveer.

His remarks came as he addressed the masses during Bharat Jodo Yatra in Malegaon, Maharashtra.

“We are walking in the Bharat Jodo Yatra to protect the constitution… The basic necessities of farmers are diesel, petrol, gas cylinders, but the current government has raised the rates of these things,” Congressman Rahul Gandhi said.

He also highlighted the Agniveer plan and said the Modi-led government played with the feelings of the youth.

“The Modi government says you become an Agniveer, do 6 months of training, work in the army for 4 years and then become unemployed for the rest of your life. What kind of nationalism is this? They play with the feelings of young people in the name of Agnivate,” he added.

The congress leader emphasized the unity during the ongoing yatra and said, “This yatra has now passed 70 days, you see any hatred or strife in this yatra, no one divided you based on caste and religion. We never left anyone behind. As peasants , laborers or laborers in this Bharat Jodo Yatra walk, we never left them, they walk with us.”

Speaking to the media here on Tuesday, Jairam Ramesh said that the impact of the Bharat Jodo Yatra, if any, would be felt in the 2024 elections, not in the parliamentary elections of several states, including Gujarat and Himachal Pradesh .

“You will ask what will affect the Gujarat or Himachal polls. They will have none,” he said.

“Bharat Jodo Yatra has nothing to do with any voting bank. The motive is different, outside politics. This is a yatra of political people against political thieves,” he had added.

“The Yatra will promote togetherness, it has united our party. Its impact, if any, will be felt in the 2024 elections,” he added.

The congress leader said that a grand public gathering will be held at Shegaon in Buldhana district of Maharashtra during the yatra on Nov. 18. He added that Rahul Gandhi, who leads Bharat Jodo Yatra, will be the main guest in the gathering.

5 killed, 10 injured when firing on protesters in busy Iranian market