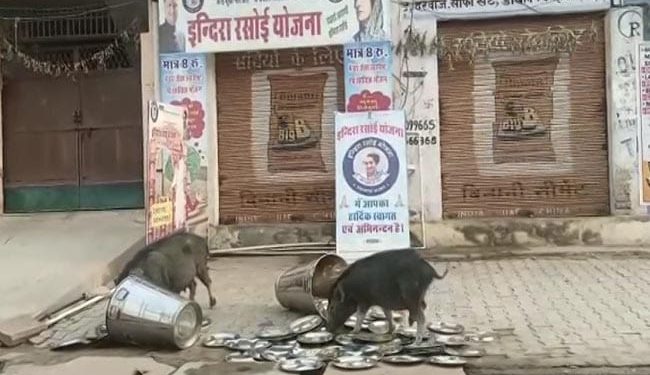 The Rajasthan government has set up subsidized canteens across the state during the Covid pandemic. The canteens, set up under the Indira Rasoi Yojana, serve a meal for just Rs 8. But such a canteen has been heavily criticized after a video of pigs licking utensils went viral on social media.

The mayor of Bharatpur said he saw the videos and they are investigating the incident. Mr Kumar said this appeared to be the work of irresponsible operators and the municipal company would take appropriate action.

Another official said the license of the cafeteria where the incident took place has been suspended.