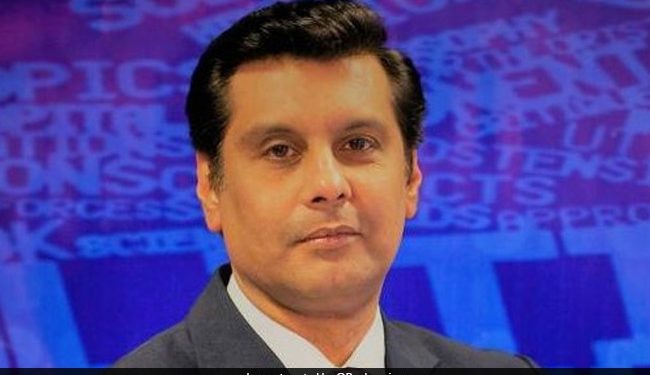 The Pakistani government on Wednesday reconstituted a panel investigating the murder of senior journalist Arshad Sharif in Kenya by dropping an ISI agent from the team days after he was shot dead by Nairobi police.

Arshad Sharif, 49, a former reporter and TV host at Pakistan’s ARY TV, and known for his close proximity to former Pakistani Prime Minister Imran Khan, had fled to Kenya after being accused by Pakistani security forces of sedition and peddling ‘ anti-state” storytelling agencies earlier this year.

The journalist was shot dead Sunday night at a police checkpoint an hour from Nairobi. Kenyan police later said it was a case of “identity swapping” during a search for a similar car involved in a child abduction case.

On Wednesday, Pakistan’s interior ministry removed a representative of the Inter-Service Intelligence or ISI from the list of officials who will be part of the team that will establish the facts in Sharif’s murder from Kenyan police and relevant authorities.

The ministry removed the name of ISI Lieutenant Colonel Saad Ahmed hours after it made an earlier report that included the names of three officials of the high-profile team, according to a revised report.

The two-man team, made up of Director/DIG Police, FIA Athar Waheed and Deputy Director General Intelligence Agency Omar Shahid Hamid, will submit its report to the Interior Department.

According to the notification, the team will immediately leave for Kenya and noted that the Ministry of Foreign Affairs and the Pakistan High Commission in Nairobi will facilitate the team during the visit.

The move comes just a day after former Prime Minister Imran Khan claimed on Tuesday that Sharif had been killed in a targeted attack. Khan said he advised Sharif to leave the country in view of the threats to his life.

Prime Minister Shehbaz Sharif announced on Tuesday that his government will form a three-member judicial commission to investigate the journalist’s murder.

“My Arshad is back, but in [a] coffin,” his wife Javeria Siddique said on Twitter. She also shared a video showing the coffin.

The tragic killing reverberated internationally and US State Department spokesman Ned Price said the United States was “deeply saddened” by Sharif’s death and demanded an investigation.

Earlier, the Pakistani military had asked the government to conduct a high-level investigation.

Military spokesman Major General Babar Iftikhar reiterated the demand in an interview with 24 News on Tuesday. “I think there should be a thorough investigation to address these things. I believe the investigation should not only go into these things (killing), but also into the reason why Arshad Sharif had to leave Pakistan,” he said.