One who wants to serve the country will never become Agniveer: Akhilesh Yadav 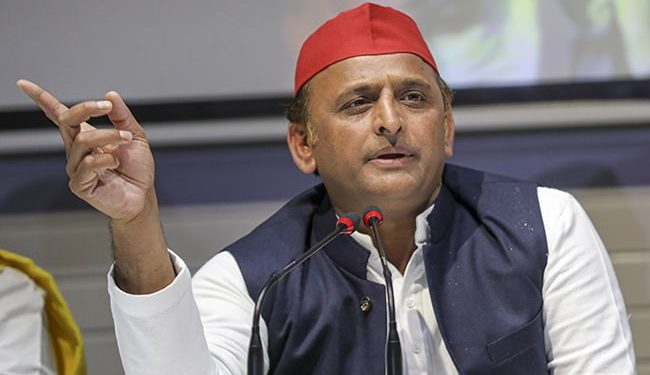 Akhilesh Yadav claimed that no one got a job after the recruitment meeting in UP’s Farrukhabad. (File)

Samajwadi Party leader Akhilesh Yadav on Wednesday criticized Agnipath’s military recruitment plan, claiming that someone who wants to serve the country “will never want to become Agniveer”. He claimed that no one got a job after the recruitment rally in Farrukhabad in Uttar Pradesh.

Mr Yadav addressed the ex-military conference in Mainpuri where his wife Dimple Yadav is running as a candidate in the December 5 by-elections.

“Someone who wants to serve the country will never want to become an Agniveer. Recruits were made in Farrukhabad but no one got a job. The government says it is saving the budget through these schemes but when the country itself will not survive, how can survive the budget,” he said.

Seeking the ex-servicemen’s support, the leader of the Samajwadi Party said, “Our party workers are working, our leaders are working hard. If you support us, there will be no worries for us.

By-election for the Mainpuri seat, considered a stronghold of the Samajwadi Party, was mandated due to the death of party founder Mulayam Singh Yadav on Oct. 10.

The party has released a list of star campaigners for the bypoll, including Akhilesh Yadav’s uncle Shivpal Yadav, who heads the Pragatisheel Samajwadi Party (Lohiya). Other prominent names in the list include Akhilesh Yadav, Jaya Bachchan and Azam Khan.

There was speculation that Shivpal Yadav might be running from Mainpuri, but family sources suggest that he supports Dimple Yadav’s candidacy.

The votes for the midterm elections will be counted on December 8.

Did Shraddha Walkar predict her own death in letter to police?