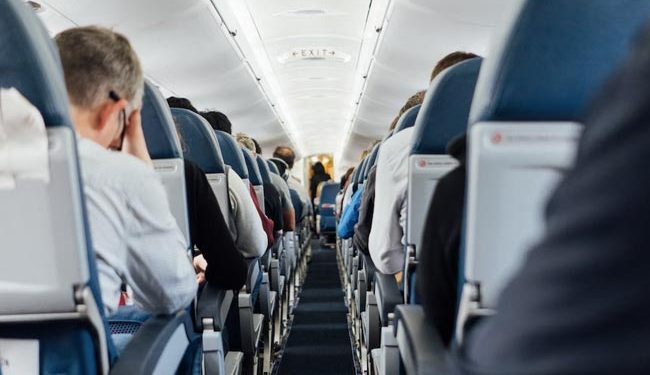 The man was sentenced to 12 months of “good behavior band”. (Unsplash/Representative Pic)

In a bizarre incident, a New Zealand man admitted to exposing himself and urinating on the floor of a plane while sitting in his seat as the flight descended to Brisbane, Australia.

The man, identified as 72-year-old James Hughes, traveled from Bali to Brisbane on Wednesday and was charged with disorderly conduct in public over the incident. From The independenthe faced the Brisbane Magistrates Court on Thursday, where he pleaded guilty and was sentenced to a 12-month “good behavior bond”.

The Australian Federal Police (AFP) told the court the man had drunk “a number of small bottles of wine” before disrupting the nearly six-hour flight. Prosecutors, on the other hand, described how Mr. Hughes exposed himself and urinated on the floor of the plane while still seated.

Mark Colbran, AFP’s airport police commander, said there was no excuse for such “outrageous” behaviour. “Anti-social or illegal behavior is not unacceptable in any environment, and the AFP will not tolerate it at Australian airports,” he added. news.com.au.

Mr Colbran also said the AFP expected passengers to be responsible when consuming alcohol, as families and other travelers have a right to feel safe.

Also read | Tallest woman in the world flies in an airplane for the first time, shares experience

Meanwhile, there has been a spike in disruptive passenger behavior worldwide in recent months. In October, a video of an American woman yelling at cabin crew and throwing a full bottle of water at fellow passengers went viral on social media.

That same month, a Turkish Airlines flight to the Indonesian capital Jakarta was forced to make an emergency landing after a drunk passenger got into an argument with flight attendants. A video of the incident shows a man punching a crew member in plastic handcuffs. The passenger was reportedly drunk and even bit a flight attendant’s finger.