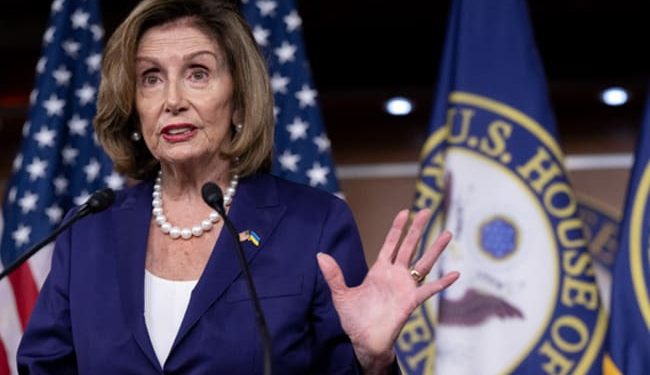 US House Speaker Nancy Pelosi said Thursday she will not seek re-election to a party leadership position in the next Congress after Democrats lost control of the lower chamber following the midterm elections.

“There is no greater official honor for me than to stand on this floor and speak for the people of San Francisco. I will continue to do this as a member of the House,” Pelosi said in remarks on the chamber floor.

“And with great confidence in our caucus, I will not be seeking re-election as Democratic leadership in the next Congress,” she added.

Pelosi said it’s time for a new generation to lead the Democratic caucus. In 2018, Pelosi made an informal deal to limit her time as a speaker to just four more years.

Democrats are in danger of losing their majority in the House after midterm elections last week, in which current Minority Leader Kevin McCarthy preferred to become speaker under Republican control of the chamber.

On Wednesday, US President Joe Biden congratulated McCarthy on winning the majority in the House of Representatives and pledged to work with his political rivals to get results for the American people.

Biden said the US’s future is too promising to be caught up in political warfare and that the American people want the federal government to get things done for them.

US Congressman Mike Garcia’s re-election victory was confirmed Wednesday night, securing enough mandates to tip the scale of power in the House of Representatives from Democrats to Republicans.