Look: No water in new water cooler set up for Prime Minister’s hospital visit in Morbi. in Gujarat 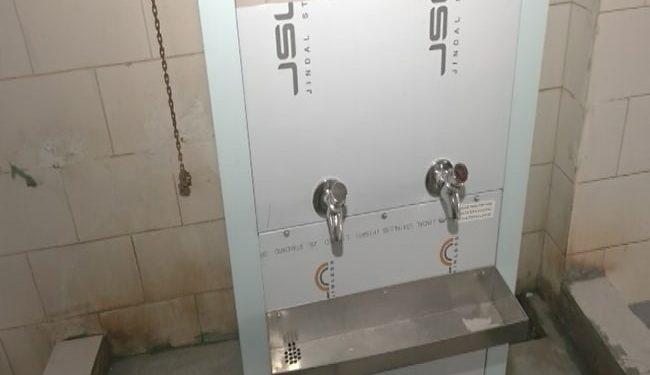 Four new water coolers were set up at the government hospital in Morbi overnight before Prime Minister Narendra Modi’s visit, but there was no water in at least one of them. The supply was disconnected – a clear example of how rushed the refurbishment was after 130 people died in Sunday’s bridge collapse and many of the injured were brought here.

Prime Minister Modi met some of the injured in a freshly painted hall. The patients, shifted to new beds with new linens, were pre-selected and informed about the interaction, NewsMadura has learned.

“This is all for show. This water cooler wasn’t here before,” said a woman who was with a patient. Another woman said the hospital has no other basic facilities. “Workers did not enter until after the victims of the Morbi Bridge collapse were brought here and Narendra Modi was expected to come.”

The previously vacant section on the ground floor has been thoroughly cleaned and new beds have been installed. Some of the new plates had markings from a hospital in Jamnagar, 100 miles from Morbi.

Ground reporting showed new IV drip stands appearing next to each bed overnight. Two of the eight patients originally brought here had been moved to another ward before the Prime Minister arrived.

Outside, at least 40 workers spent all night repainting the hospital’s exterior, in addition to updating within the wards where Prime Minister Modi met the injured. Toilets also got new tiles.