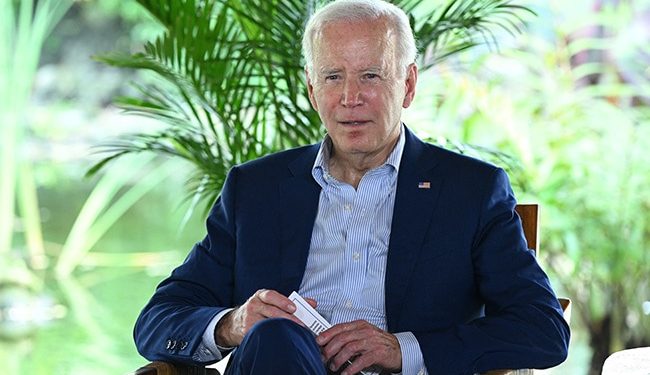 For the first time in history, a sitting president turned 80 years old in the White House.

For the first time in history, a sitting president turned 80 in the White House on Sunday, but did not celebrate publicly.

It wasn’t until mid-afternoon that First Lady Jill Biden posted a loving message, with two photos of the couple dancing in tuxedos and gala attire.

“There’s no one else I’d rather dance with than you. Happy birthday Joe! I love you,” Jill Biden tweeted.

There’s no one else I’d rather dance with than you.

It was the only White House mention of the birthday, and with no scheduled public event, no indication emerged as to how, or even if, the president would celebrate his birthday.

Just a day earlier, the Biden family hosted a large-scale party at the White House — the wedding of Biden’s granddaughter Naomi, which was closed to the press.

Biden has an important issue to discuss with his family in the coming days: whether he will be up for re-election in 2024.

He said at a press conference on Nov. 9 that he “intends” to run away, saying that sometime between Thanksgiving and Christmas, he and his wife will “sneak out” for a week to decide with his family.

He promised to make his decision public in early 2023.

Several recent polls say a majority of Americans do not want Biden to run again.

While influential figures over the age of 70 or even 75 are plentiful in the American political landscape, the midterm elections have brought about a first generational shift in the Democratic Party.

Rep. Nancy Pelosi, 82, announced Thursday her decision not to run for another term as Speaker of the House of Representatives.

Biden underwent a thorough medical checkup about a year ago and the results concluded that he was “a healthy, vigorous” man fit to serve as president.

But the rigors of the Oval Office have also left their mark on Biden, who now walks with a stiffer gait and experiences moments of confusion.